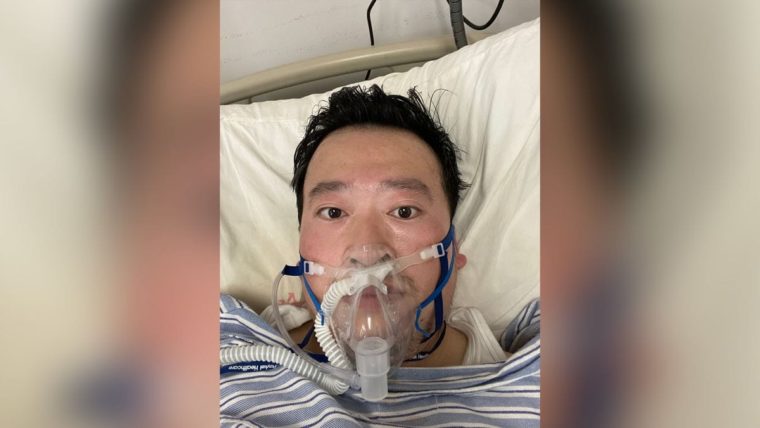 In their botched handling of the tragic death of Li Wenliang, the Chinese doctor who sounded the alarm on the Wuhan coronavirus, authorities in Beijing seem to want it both ways.

On the one hand, officials have expressed their sorrow over his death and encouraged people to tell the truth about the outbreak. On the other hand, government censors are hard at work scrubbing online posts that call for freedom of speech in the wake of Li’s death.

When millions of people are denied the opportunity to grieve collectively over someone widely regarded as a hero, their trust in government can only further erode. As Li recently told the Chinese magazine Caixin before his death: “I think a healthy society should not only have one kind of voice.”

Li is credited with being the first medical professional to sound the alarm on the Wuhan coronavirus weeks before he contracted the illness himself and died.

In late December, he messaged his medical school alumni group on WeChat, informing them that seven people from a local seafood market who showed signs of a SARS-like illness were quarantined in his hospital in Wuhan. When screenshots of his post went viral with his name in plain view, Li said, “I realized it was out of my control and I would probably be punished.”

As he told CNN, “I only wanted to remind my university classmates to be careful.”

Li was later called to a police station, reprimanded for spreading rumors online, and forced to sign a statement acknowledging his “misdemeanor” before he was allowed to leave.

Weeks later, China’s Supreme Court vindicated him and other “rumormongers” by saying, “It might have been a fortunate thing … if the public had listened to this ‘rumor’ at the time…”

Not just a statistic

On Friday, Li became one of more than 700 casualties of the Wuhan coronavirus. But he is much more than a statistic.

While Li may not be immortalized to the same degree as the lone protester who faced off against a column of tanks in Tiananmen Square during the 1989 anti-government protests, his “normal guy” persona, and sense of duty has transformed him into an overnight hero — and his death has unleashed an unprecedented tsunami of grief and anger that probably has not been seen since President Xi Jinping rose to power.

Beijing seemed caught off-guard by the response to Li’s death, and the Chinese government initially directed state-controlled news outlets to say that he was still on life support and in critical condition, according to the BBC.

These news outlets later acknowledged Li’s passing, but his time of death was changed from the evening of February 6, to the early hours of February 7, the BBC reported.

This was a rare show of confusion from the Chinese government, as well as a stark reminder of the extent to which it is willing to exert control over the narrative.

And to many Chinese people, it was a tipping point, given that manipulation and suppression of information is what allowed the wide spread of the novel coronavirus in the first place. Anger expressed on online forums is intense, with even prominent officials, academics and executives expressing grief and outrage.

In online posts and in open letters, demands range from an official apology and admission that the government had made a mistake, to a state funeral for Li and even a US-style whistleblower protection law.

In an apparent effort to appease the masses and quell the backlash, central authorities announced they are dispatching a team from the country’s top anti-corruption agency to Wuhan to look into “issues related to Dr. Li Wenliang.”

The crisis in handling the outbreak, coupled with the botched rollout of the news of Li’s death, is “as close the an existential crisis for (Chinese President) Xi and the (Communist) Party that I think we have seen since 1989,” wrote Bill Bishop in his Sinocism newsletter.

It’s unclear what Beijing’s strategy is at this point. While the Chinese government has taken swift action to try to curtail the coronavirus’ spread since news of the outbreak blew up, we don’t yet know whether the containment measures are working to stabilize the situation and bringing a quick return to normality.

With some 50 million people in China still under lockdown, along with medical supply shortages and growing discontent over restrictions on movement and free speech, there is still plenty of scope for things to boil over.

The Chinese economy has grown substantially in the last two decades, and the economic impact of the novel coronavirus could cause a slowdown that far outweighs the one caused by the SARS outbreak in 2003.

It is important to remember that China’s model of governance has always been one based on paternalism, and the authoritarian hold Xi and the Communist Party have on its people relies heavily on economic growth.

But that model is now under threat — and the coronavirus has revealed deep structural flaws and incompetence in the government.

Such revelations undermine the tenuous trust that Xi must maintain with the Chinese people, lest the system crumble. While lower level officials will almost certainly take the fall, the Communist Party will put on a united front and Xi — who has been in and out of public view the past few weeks — will make every effort to maintain his power.

If Beijing follows its usual playbook, it will feign an investigation into what happened to Li — perhaps continuing to express remorse for the way he was treated — and then work hard to gloss over the incident and hope that his death fades from collective memory.

Meanwhile, though the government is now outwardly acknowledging Li’s death, officials appear to be employing a sledgehammer approach to online displays of discontent, deleting posts and even closing down WeChat accounts — which one of my mainland business contacts likened to a digital death sentence in China.

In another worrying sign, a lawyer-turned-citizen journalist who had been posting critical videos of the outbreak response from Wuhan, has been forcibly quarantined, according to his friends and family.

What will come of Li’s main legacies, which include calls for more freedom of speech and accountability on the mainland? The brutality unleashed on anti-government protesters in Hong Kong in the past few months is a pretty good indicator of how unlikely it will be for the Chinese government to loosen control over its people.