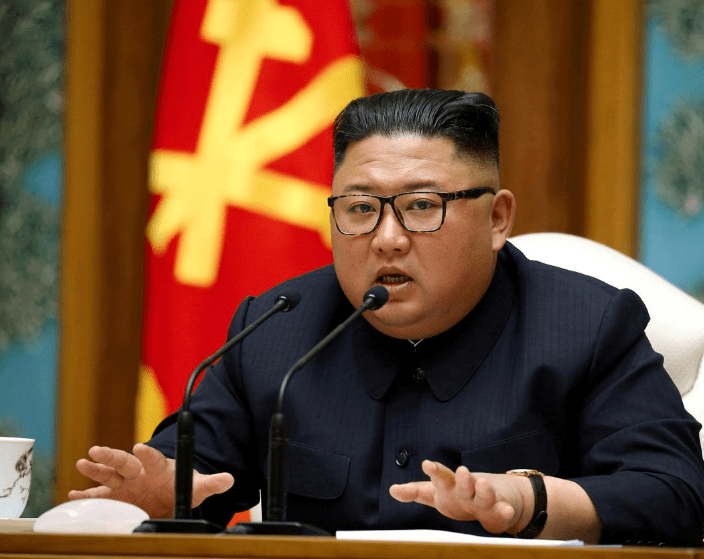 China has dispatched a team to North Korea including medical experts to advise on North Korean leader Kim Jong Un, according to three people familiar with the situation.

A delegation led by a senior member of the Chinese Communist Party’s International Liaison Department left Beijing for North Korea on Thursday, two of the people said. The department is the main Chinese body dealing with neighbouring North Korea.

The sources declined to be identified given the sensitivity of the matter.

Daily NK, a Seoul-based website, reported earlier this week that Kim was recovering after undergoing a cardiovascular procedure on April 12. It cited one unnamed source in North Korea.

South Korean government officials and a Chinese official with the Liaison Department challenged subsequent reports suggesting that Kim was in grave danger after surgery. South Korean officials said they had detected no signs of unusual activity in North Korea.

On Thursday, U.S. President Donald Trump also downplayed earlier reports that Kim was gravely ill. “I think the report was incorrect,” Trump told reporters, but he declined to say if he had been in touch with North Korean officials.

On Friday, a South Korean source told Reuters their intelligence was that Kim was alive and would likely make an appearance soon. The person said he did not have any comment on Kim’s current condition or any Chinese involvement.

An official familiar with U.S. intelligence said that Kim was known to have health problems but they had no reason to conclude he was seriously ill or unable eventually to reappear in public.

A U.S. State department spokeswoman had no comment. U.S. Secretary of State, Mike Pompeo, when asked about Kim’s health on Fox News after Trump spoke said, “I don’t have anything I can share with you tonight, but the American people should know we’re watching the situation very keenly.”

North Korea is one of the world’s most isolated and secretive countries, and the health of its leaders is treated as a matter of state security. Reuters has not been able to independently confirm any details on Kim’s whereabouts or condition.

North Korea’s state media last reported on Kim’s whereabouts when he presided over a meeting on April 11. State media did not report that he was in attendance at an event to mark the birthday of his grandfather, Kim Il Sung, on April 15, an important anniversary in North Korea.

Kim, believed to be 36, has disappeared from coverage in North Korean state media before. In 2014, he vanished for more than a month and North Korean state TV later showed him walking with a limp. Speculation about his health has been fanned by his heavy smoking, apparent weight gain since taking power and family history of cardiovascular problems.

When Kim Jong Un’s father, Kim Jong Il, suffered a stroke in 2008, South Korean media reported at the time that Chinese doctors were involved in his treatment along with French physicians.

Last year, Chinese President Xi Jinping made the first state visit in 14 years by a Chinese leader to North Korea, an impoverished state that depends on Beijing for economic and diplomatic support.

China is North Korea’s chief ally and the economic lifeline for a country hard-hit by U.N. sanctions, and has a keen interest in the stability of the country with which it shares a long, porous border.

Kim is a third-generation hereditary leader who came to power after his father Kim Jong Il died in 2011 from a heart attack. He has visited China four times since 2018.

Trump held unprecedented summits with Kim in 2018 and 2019 as part of a bid to persuade him to give up North Korea’s nuclear arsenal.