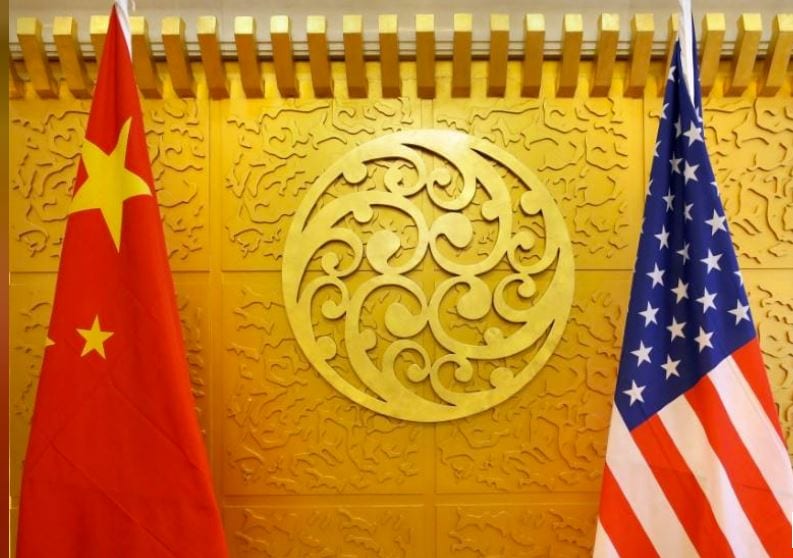 China is putting pressure on the European Union to issue a strong joint statement against President Donald Trump’s trade policies at a summit later this month but is facing resistance, European officials said.

In meetings in Brussels, Berlin and Beijing, senior Chinese officials, including Vice Premier Liu He and the Chinese government’s top diplomat, State Councillor Wang Yi, have proposed an alliance between the two economic powers and offered to open more of the Chinese market in a gesture of goodwill.

One proposal has been for China and the European Union to launch joint action against the United States at the World Trade Organisation.

But the European Union, the world’s largest trading bloc, has rejected the idea of allying with Beijing against Washington, five EU officials and diplomats told Reuters, ahead of a Sino-European summit in Beijing on July 16-17.

Instead, the summit is expected to produce a modest communique, which affirms the commitment of both sides to the multilateral trading system and promises to set up a working group on modernizing the WTO, EU officials said.

Vice Premier Liu He has said privately that China is ready to set out for the first time what sectors it can open to European investment at the annual summit, expected to be attended by President Xi Jinping, China’s Premier Li Keqiang and top EU officials.

Chinese state media has promoted the message that the European Union is on China’s side, officials said, putting the bloc in a delicate position. The past two summits, in 2016 and 2017, ended without a statement due to disagreements over the South China Sea and trade.

“China wants the European Union to stand with Beijing against Washington, to take sides,” said one European diplomat. “We won’t do it and we have told them that.”

China’s Foreign Ministry did not immediately respond to a request for comment on Beijing’s summit aims.

“China and European countries are natural partners,” it said. “They firmly believe that free trade is a powerful engine for global economic growth.”

“We agree with almost all the complaints the U.S. has against China, it’s just we don’t agree with how the United States is handling it,” another diplomat said.

Still, China’s stance is striking given Washington’s deep economic and security ties with European nations. It shows the depth of Chinese concern about a trade war with Washington, as Trump is set to impose tariffs on billions of dollars worth of Chinese imports on July 6.

It also underscores China’s new boldness in trying to seize leadership amid divisions between the United States and its European, Canadian and Japanese allies over issues including free trade, climate change and foreign policy.

“Trump has split the West, and China is seeking to capitalize on that. It was never comfortable with the West being one bloc,” said a European official involved in EU-China diplomacy.

“China now feels it can try to split off the European Union in so many areas, on trade, on human rights,” the official said.

Another official described the dispute between Trump and Western allies at the Group of Seven summit last month as a gift to Beijing because it showed European leaders losing a long-time ally, at least in trade policy.

European envoys say they already sensed a greater urgency from China in 2017 to find like-minded countries willing to stand up against Trump’s “America First” policies.

A report by New York-based Rhodium Group, a research consultancy, in April showed that Chinese restrictions on foreign investment are higher in every single sector save real estate, compared to the European Union, while many of the big Chinese takeovers in the bloc would not have been possible for EU companies in China.

China has promised to open up. But EU officials expect any moves to be more symbolic than substantive.

They say China’s decision in May to lower tariffs on imported cars will make little difference because imports make up such a small part of the market. China’s plans to move rapidly to electric vehicles mean that any new benefits it offers traditional European carmakers will be fleeting.

“Whenever the train has left the station we are allowed to enter the platform,” a Beijing-based European executive said.

However, China’s offer at the upcoming summit to open up reflects Beijing’s concern that it is set to face tighter EU controls, and regulators are also blocking Chinese takeover attempts in the United States.

The European Union is seeking to pass legislation to allow greater scrutiny of foreign investments.

“We don’t know if this offer to open up is genuine yet,” a third EU diplomat said. “It’s unlikely to mark a systemic change.”