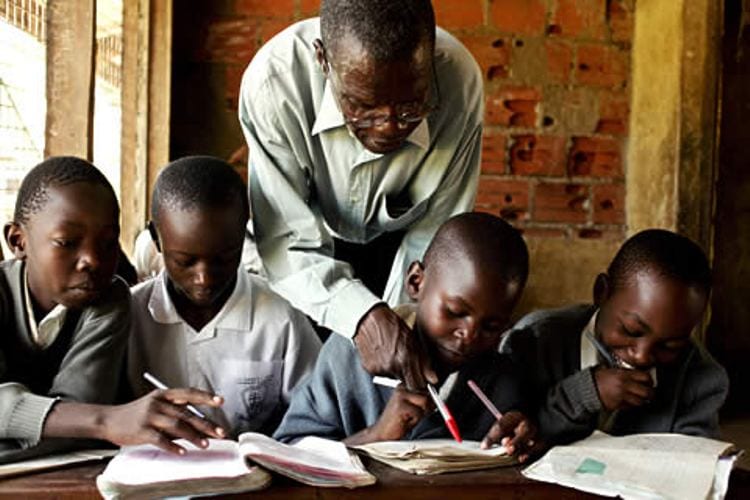 Transformation education is the theme for this year’s international youth day.

It is concerned with the provocation of a shift of consciousness that alters one’s way of thinking and has to do with the experience of a deep, structural shift in the basic premises of thought, feelings and actions.

Thus, transformative learning promotes competence by highlighting efforts to make education more relevant, equitable and inclusive for all youth, including efforts by youth themselves.

According to Kenya Institute of Curriculum Development (KICD), the Competency Based Curriculum (CBC) seeks to make learners competent in seven key areas including communication and collaboration, critical thinking and problem-solving, creativity and imagination, citizenship, digital literacy, learning to learn and self-efficacy.

These skills, if inculcated in learners from the early ages will trigger use of talents and energy for as much good while alive.

However, whereas the CBC is highly welcomed, it ignores one of the most fundamental components of modernity that is age appropriate sex education which plays a critical role in preventing negative sexual and reproductive health outcomes.

Failure to include sex education to the curriculum in this day and age is to boldly dismiss the Health Sector Working Group report whose findings paint a bleak future. That 49 per cent of all new HIV infections are among young people.

According to the United Nations Population Fund (UNFPA), about 378,400 adolescent girls in Kenya aged between 10 and 19 years became pregnant between July 2016 and June 2017.

A June online survey by Jiactivate, a national movement for the youth, reported that 86 percent of young Kenyans feel there should be more classes in school on sex and reproductive health topics and that teachers are the most influential people with the ability to improve sexual reproductive health education.

Further, 48 per cent of young people pinpoint HIV and sexually transmitted infections as the main theme under reproductive health that they would like to know more about followed by relationships 34 percent, contraceptives 31 percent, sex 26 percent, their rights 20 percent and puberty 4 percent.

Health and relationship scholars world over have confirmed that sex education delays the onset of sexual activity, helps reduce the number of sexual partners and reduces unplanned pregnancy and STI rates.

Unfortunately the subject is muddied with objections, recommendations and conflicts involving religion, state, educationists and parents while the child continues to be taught by random acquaintances.

Life has to be viewed differently today from how it was viewed earlier. The colossal web has altered behavioural characteristics among young people. Internet, social media and technology have reduced the globe into a tennis ball and un-sieved information is accessible in everyone’s discretion.

Both young and old are suddenly aware of another world of unfathomable mystery such as they had never imagined to exist. The only way to control this is through transformative education, in Kenya’s case CBC.

But the old guard, rather than factoring in the evolution of bodies and minds of young people, have chosen to turn a deaf ear in solidarity with what used to work when they used to live a quiet life amidst an African culture that was at the time untested by globalisation.

For all its omissions, CBC is the custodian of a unique package of experiences that just might have some utility for young Kenyans.

However, it is an unnecessary burden of choosing instead to react too late yet there is an open chance for curriculum developers to include programmes that combine a focus on reproductive health with additional informative content to empower young people to consider how their choices affect their own well-being and that of others.

One thing is almost certain that the modern youth is up against problems which did not exist in the past. Unattended population bulge, scarce employment opportunities and technology have clawed all forms of freedom for the young generation.

For valuable educational opportunities for young people to emerge therefore, a set of tools have to be offered for them to make sense of the world and act on it effectively.

They ought to be allowed to be free and at ease to provide their own narratives of sustainability and alternative living.

Transformative experiences hold the key to what people actually seek from education by gaining access to a truth which had hitherto been hidden from them.

But with inadequate knowledge, young people are ill-equipped to make healthy and safe decisions about their sexual health.

Grayson Marwa is the Programmes Officer at Siasa Place.