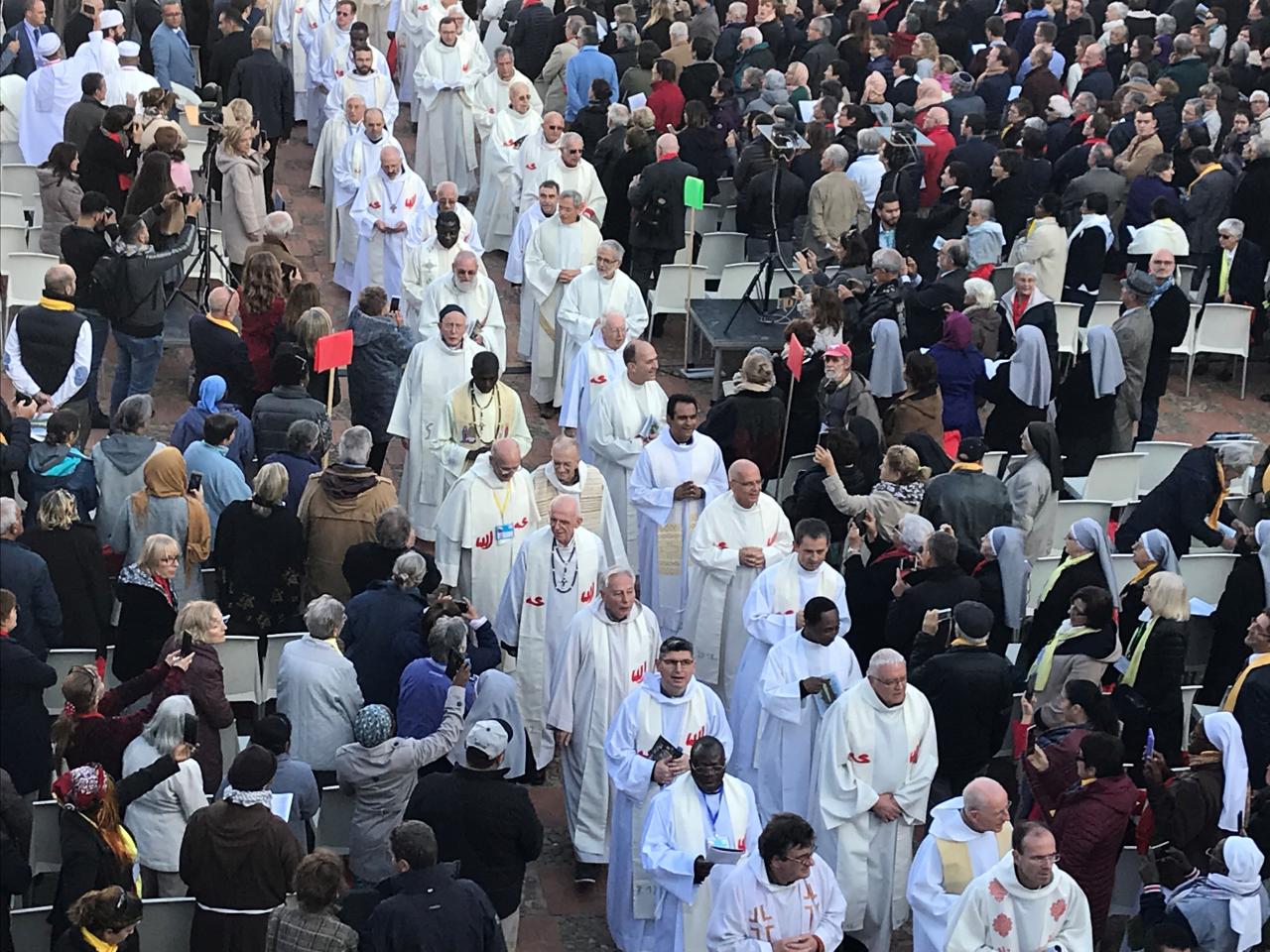 The Roman Catholic Church in Algeria has beatified 19 Christians killed in a civil war in the 1990s including seven Trappist monks who were beheaded at their monastery by Islamist militants.

The beatification in the port city of Oran is the first of its kind in a Muslim nation. Algerian officials, delegates of Pope Francis and friends of the victims were among 1,200 people at the ceremony.

“These brothers and sisters died among tens and tens of thousands of Algerian” Muslims,” said Archbishop Paul Desfarges of Algiers at the ceremony, which opened with a minute’s silence.

The war started after the military-backed government canceled legislative elections in 1992 a radical Islamist party was poised to win. 200,000 people died in the conflict and the economy stalled.

Pope Francis said in a message he hoped the beatification would “heal the wounds of the past and create a new dynamic of meeting and living together”.

Christians are a tiny minority in the Sunni Muslim nation. Most of the 19 Christians who were killed were French. The Trappists were kidnapped from their monastery east of the capital and then executed.