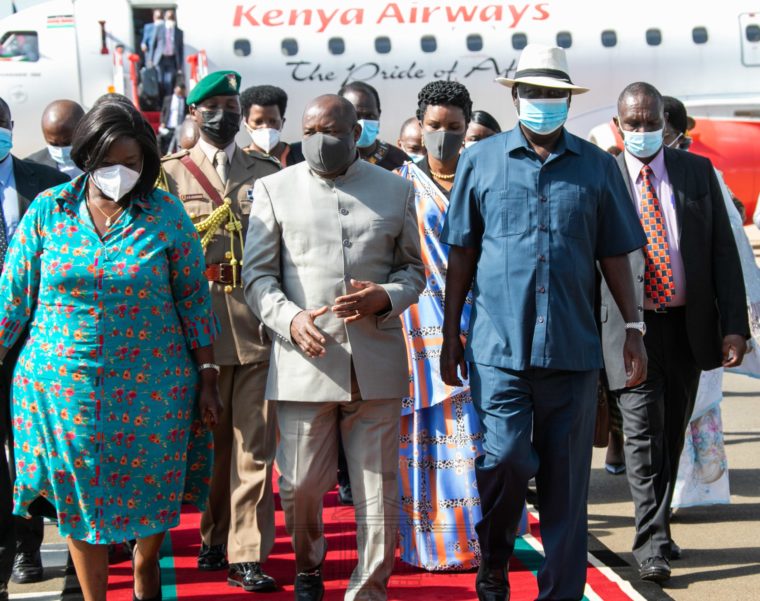 Evariste Ndayishimiye, President of the Republic of Burundi and First Lady Angeline Ndayubaha Ndayishimiye have arrived in Kisumu at the start of the leader’s two-day state visit to Kenya. 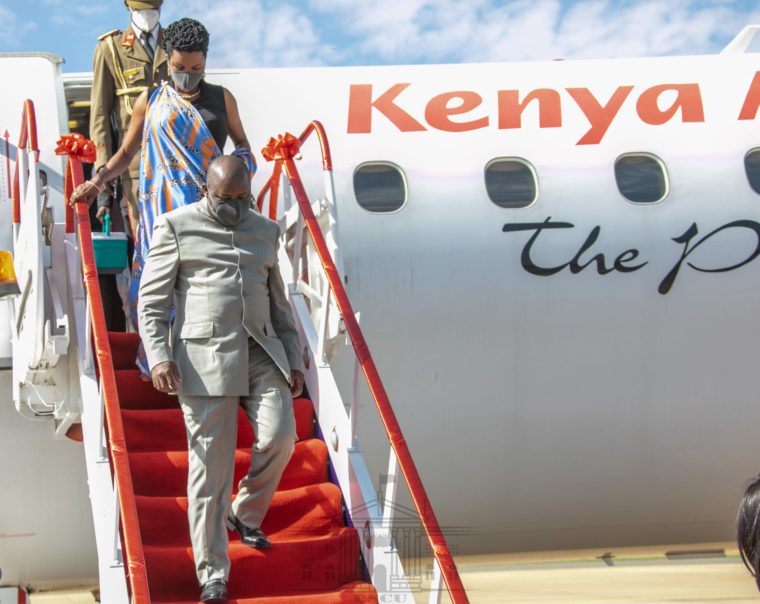 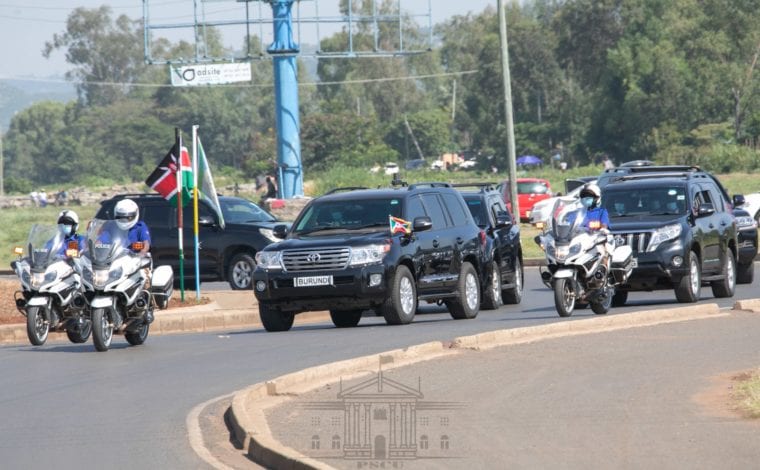 President Ndayishimiye will be the chief guest at the Madaraka Day celebrations to be held at Jomo Kenyatta International Stadium in Mamboleo, Kisumu County.

He was sworn into office in June last year after the sudden death of President Pierre Nkurunziza.

Following President Nkurunziza’s death, President Kenyatta directed that Kenya’s flags and that of the East African Community be flown at half-mast.

The same directive was extended to the Kenya’s diplomatic missions abroad.

Ndayishimiye was originally scheduled to be sworn into office in August, but the constitutional court brought the succession forward.

He became Burundi’s new leader by securing just over 68 percent of the vote in the May election and overcoming a bid by the opposition to get the results overturned because of alleged fraud.

Ndayishimiye, who was handpicked by the ruling CNDD-FDD party to succeed Nkurunziza, is serving a seven-year term.

He promised steps to combat the spread of COVID-19, a shift from the stance of his late predecessor who dismissed the danger posed by the novel coronavirus.

Under Nkurunziza, Burundi did not take the aggressive measures seen in many other countries to combat the coronavirus, held large political campaign rallies and even expelled the national lead of the World Health Organization.

However, when the new President took office, he said: “Everyone has to take measures to stop being infected or infecting others.”

The government said it would cut the price of soap by half and also reduce the cost of water, to help citizens wash their hands and curb the spread of the virus, Ndayishimiye said.

“We urge everyone who sees symptoms of the disease to rush for a test so he can get treatments,” the president said, adding that the government will carry out mass testing of people in areas suspected of being epicentres of the virus.