Brexit: Desperate May to meet with Merkel, but EU leaders warn no renegotiation of deal 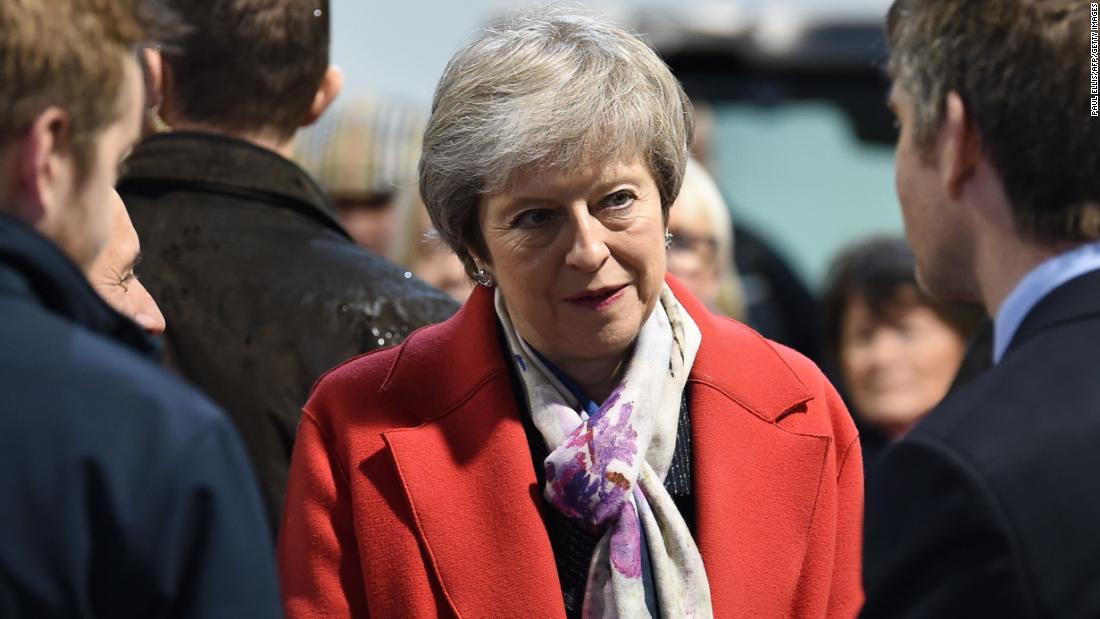 British Prime Minister Theresa May will begin frantic meetings with European Union leaders Tuesday as she attempts to find a way to renegotiate her Brexit deal in the face of overwhelming opposition among UK lawmakers.

Parliament was due to hold a meaningful vote on the bill — agreed with the EU last month — on Tuesday, one that May appeared almost certain to lose. Instead, the Prime Minister abruptly withdrew the bill and said she would seek extra “reassurances” from Europe over issues such as the Northern Ireland backstop.

May will now fly to the Hague and Berlin Tuesday, to meet with Dutch Prime Minister Mark Rutte and German Chancellor Angela Merkel, but it remains unclear what, if any, compromises May can win that would satisfy critics within her own Conservative Party and their allies the Democratic Unionist Party (DUP).

The UK Parliament is to hold an emergency debate on the matter Tuesday morning, following calls by opposition Labour Party leader Jeremy Corbyn in the wake of the vote’s sudden cancellation Monday.

May admitted Monday that “there remains widespread and deep concern” over the Northern Ireland backstop. The backstop is an arrangement designed to ensure there is no return to a “hard border” between EU member Ireland and Brexiting Northern Ireland when the UK leaves the bloc in March.

But in a statement Tuesday, European Commission President Jean-Claude Juncker said “there is no room whatsoever for renegotiation” on the Withdrawal Agreement reached between the UK and the EU, adding that “the deal we have achieved is best deal and the only deal possible.”

Speaking in Strasbourg in the European Parliament, Juncker also stated that reopening the agreement would not be possible, but added that “there is room enough to give further clarification and further interpretations.” Both he and the President of the European Council, Donald Tusk, have confirmed that they will meet May Tuesday evening.

#Brexit has become a mess. A vote delayed. Mrs May returning to Brussels. My two messages: we'll never let down Ireland; it’s out of the question to renegotiate the backstop & if you are looking for a closer future relationship to avoid the backstop, this will be no problem w/ us

Guy Verhofstadt, the European Parliament’s chief Brexit coordinator, said any attempts to renegotiate the backstop were “out of the question.”

“#Brexit has become a mess,” he tweeted. ” A vote delayed. Mrs May returning to Brussels. My two messages: we’ll never let down Ireland; it’s out of the question to renegotiate the backstop & if you are looking for a closer future relationship to avoid the backstop, this will be no problem w/ us.”

On Monday, the Irish Prime Minister Leo Varadkar emphasized the agreement already reached between London and Brussels was the “best option” and “could not be renegotiated.”

Varadkar said he spoke to the European Council President Donald Tusk on Monday afternoon, and that they both agreed that preparations for a no deal scenario should “intensify.”

Such an outcome — where the UK leaves the EU without transitional arrangements in place — could be disastrous for both the British economy and general life in the UK, with businesses warning it could lead to food shortages, grounded flights and a prolonged economic slump.

The British pound plunged 1.6% against the US dollar, its lowest level in two years, amid fears of a potential no-deal Brexit.

While the EU and the UK could agree to postpone Brexit taking place in the event of a no deal come March 29, the prospect of such a situation has led to calls for a second referendum.

Those calls were buoyed by a decision Monday by the European Court of Justice that the UK could unilaterally revoke Article 50 — its notification that it plans to leave the EU — should it so wish.

“The Government’s firm and long-held policy is that we will not revoke the Article 50 notice. This position has not changed,” Brexit Secretary Stephen Barclay told MPs after the ECJ ruling.

“To do this, or indeed to hold a second referendum, would be to undermine the result of the 2016 referendum and the professed will of this House to give effect to that result.”

The Labour Party has indicated it will campaign for a second referendum if May’s bill fails and a general election is not called by her or Parliament.

Labour leader Jeremy Corbyn savaged May’s government in Parliament Monday, saying it had “lost control of events and is in complete disarray.”

“It’s been evident for weeks that the Prime Minister’s deal did not have confidence of this House yet she plowed on regardless, reiterating ‘this is the only deal available’,” Corbyn said.

Corbyn’s demand for an emergency debate Tuesday will take place as the first item of business and last up to three hours, according to the House of Commons’ Speaker, John Bercow.