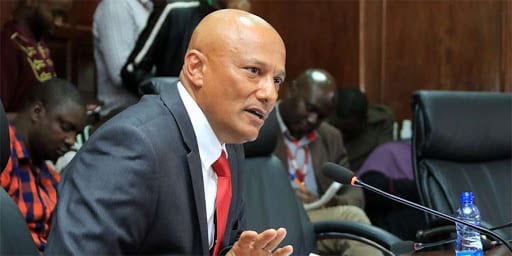 The Ethics and Anti-Corruption Commission has warned the Council of Governors of criminal prosecution if they make good their threat to block adverts to Nation Media Group over “unfair coverage.”

In a statement signed by EACC boss Twalib Mbarak, the Commission said the move is criminal and against the law joining the Media Owners Association, Editors Guild and Media Council of Kenya in condemning the move.

“Be advised that such a move is inappropriate as it offends the Constitution and relevant laws that govern acquisition of goods and services by Public Entities,” he said.

This follows the decision by the CoG to cease all advertising with the Nation Media Group after a graft story they said paints them as “corrupt, inept and unable to run their counties.”

In a memo signed by CoG chairman Wycliffe Oparanya, urged all governors to cease advertising with the giant media house until further notice.

“There has been a deliberate effort by the media to malign Governors and portray them as corrupt, inept and unable to run their counties especially by the Nation Media Group as evidenced in the Daily Nation Newspaper headline of 8th September, 2020, captioned ‘Eight Governors on graft hit list’,” read the statement.

Mr. Mbarak said the governors had offended three Constitutional and Statutory provisions that touch on equality, non-discrimination, transparency and values.

The three are; Article 10 of the Constitution on National Values and Principles, Article 227 (1) of the Constitution on fair, equitable, transparent, competitive and cost effective procurement of goods and services and Section 3 of Public Procurement and Asset Disposal Act, 2015 which requires Public Procurement and Asset Disposal by State Organs to be guided by Values.

“Your referenced letter therefore amounts to unlawful instructions and the contemplated action by County Governments could render all culpable persons liable to the applicable legal consequences, including criminal prosecution,” said Mr. Mbarak.

“To this end, the Commission advises the Council of Governors that the Resolution is unlawful and further warns that any Accounting Officer or any other Public Officer who may go ahead to implement such unlawful instructions will be held personally liable.”