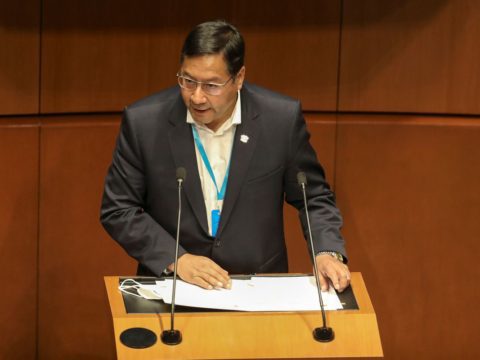 Bolivian President Luis Arce called on Saturday for a global agreement to lower debts for poor countries at a diplomatic summit in Mexico, as he and other heads of state seek to boost a new Latin American and Caribbean diplomatic block.

The socialist South American leader is one of nearly 20 presidents and prime ministers attending the meeting of the Community of Latin American and Caribbean States (CELAC), a regional body that Venezuela’s late President Hugo Chavez helped set up in 2011.

The leaders gathered at the invitation of Mexico’s leftist president, Andres Manuel Lopez Obrador, with a stated aim of weakening the Washington-based OAS diplomatic bloc which excludes Cuba.

In opening comments at the summit held at Mexico’s national palace, Arce called for strengthening the alternative CELAC block, and like other leaders, spoke out for universal COVID-19 vaccine distributions and other social policies to benefit the region’s impoverished masses.