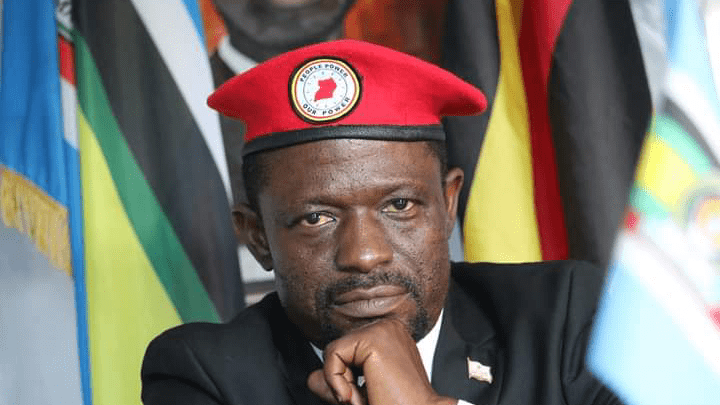 Fred Nyanzi, the elder brother to Robert Kyagulanyi (Bobi Wine) is said to be on the run after security officials allegedly attacked his home.

He said his brother’s family was interrogated at gun point during the incident.

Nyanzi was the National Unity Platform candidate in the Kampala Central Parliamentary race.

Museveni garnered 59% of the vote, against Wine’s 35%: the latter rejected the results on grounds that he believed the election had massive irregularities.

He was later placed under house arrest, a move that was criticized by human rights activists around the world.

The musician turned politician was blockaded at home and alleged that soldiers would touch his wife’s breasts when she sought food in the garden; that his gardener was beaten; that food ran out and that there was no milk for an 18-month-old niece trapped with them.

The government said security forces were there for Wine’s own protection, while police said food had been delivered by a motorcycle courier each day. The army denied his wife had been assaulted but has not responded to the allegation about the gardener.

The house arrested ended on January 26 after pressure on President Museveni from Western allies to free his rival.

However, on March 15, Bobi Wine was briefly detained on Monday as he led an anti-government demonstration in Kampala.

A tweet on Wine’s Twitter handle said Wine was arrested while leading MPs in a peaceful protest at City Square in Kampala against “the abduction, torture and murder of his supporters”. A tweet 90 minutes later said he had been driven in a police truck back to his home, which was surrounded by police and the military.

Police spokesman Patrick Onyango was not immediately reachable. The government has said Wine is trying to destabilize Uganda via violent and illegal protests.

Video footage on Ghetto TV, an online broadcaster affiliated with Wine’s National Unity Platform opposition party, showed police dragging Wine away from the crowd of supporters and other party members he was leading in a march.

In a suit and tie and wearing his trademark red beret, Wine held a placard bearing the words “Bring Back Our People,” referring to hundreds of supporters he says have been abducted by security agents.