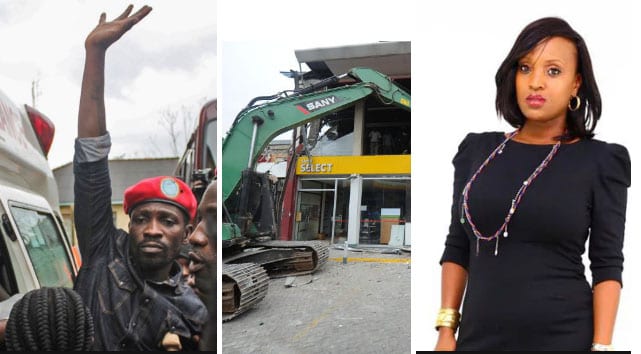 Google has released top trending searches for August 2018 and they include Bobi Wine, riparian land, Kobi Kihara, among others.

Sports betting platforms such as Sportpesa, betpawa, betika, betin and others dominated the list of search items by Kenyans once again showing how betting is becoming a national past time.

Football has now been relegated to second position in the most searched items as Kenyans searched for EPL (English Premier League) fixtures, matches and real time scores.

The third most searched item was the former United Nations Secretary General Kofi Annan, who died on August 18, 2018 after a short illness.

Mr Annan is fondly remembered in Kenya after he brokered a peace deal between President Mwai Kibaki and Prime Minister Raila Odinga, that ended post-election turmoil in 2008.

The fourth most popular search item was Bobi Wine, the Ugandan musician turned politician known as Robert Kyagulanyi Ssentamu, who was recently incarcerated for more than a week after being accused of treason.

Kyagulanyi was arrested in northern Uganda and his driver shot dead amid clashes between opposition supporters and security forces.

His arrest sparked protests in Uganda and Kenya where MPs called on the neighboring Uganda to release him.

With the unprecedented drawn out cold season in many parts of the country, many Kenyans searched for news about the weather — making this the fourth most searched term.

Riparian land was the sixth trending item on Google, as Kenyans sought to find out the meaning of the term.

This came after the the Nairobi County government demolished several commercial properties that are said to have been built on riparian land reserves.

According to Nairobi city regulations, no commercial or residential property is allowed within 30 meters of a riverbank — the section of land referred to as riparian land — in order to protect the water table.

TV personality Kobi Kihara also dominated the top searches for August, at 7th position, after some Kenyans said she had lifted dozens of images from around the web and posted them on her Instagram page, claiming they were her own creations.

Eighth on the list was American singer and songwriter Aretha Franklin, who died on 16 August 2018 after a long fight with pancreatic cancer.

Ms Franklin was popularly known as “The Queen of Soul” after her songs topped American charts for decades.

She is remembered for hit songs such as “Respect”, “(You Make Me Feel Like) A Natural Woman“, and  “I Never Loved a Man (The Way I Love You)“, among others.

At position 9 was Asbel Kiprop, the three-time 1,500m world champion who was recently involved in a public love triangle.

A video clip of Mr Kiprop in a compromising position with a woman, said to be married, made rounds on social media platforms stirring public controversy about the athlete.

Closing the list of top ten Kenyan trending searches in August was former US Senator John McCain, who died on August 25, a day after McCain’s family announced that he would no longer receive treatment for his brain cancer.

In 1967, during the Vietnam War, while on a bombing mission during Operation Rolling Thunder over Hanoi in October 1967, he was shot down, seriously injured, and captured by the North Vietnamese. He was a prisoner of war until 1973.

Google Search Trends is a publicly available tool that indicates search patterns over a period of time and shows the clusters of searches that made it to the weekly trending searches in the country.