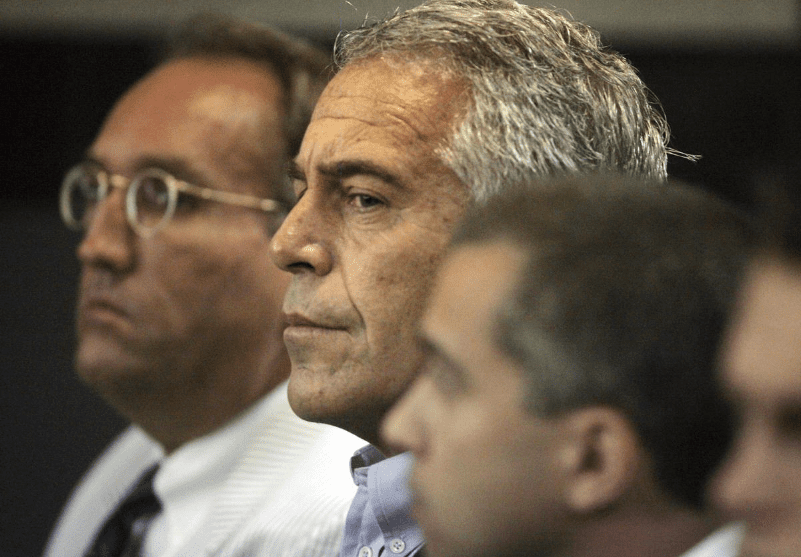 The Federal Bureau of Prisons confirmed Epstein’s death, saying he was found unresponsive in his cell on Saturday at New York’s Metropolitan Correctional Center around 6:30 a.m. ET. The bureau’s release called it “an apparent suicide,” and said the FBI is investigating. Two law enforcement sources told CNN that Epstein died by suicide.

Barr said he was “appalled” to learn of Epstein’s death while in federal custody awaiting trial.

“I was appalled to learn that Jeffrey Epstein was found dead early this morning from an apparent suicide while in federal custody. Mr. Epstein’s death raises serious questions that must be answered,” Barr said in a statement. “In addition to the FBI’s investigation, I have consulted with the Inspector General who is opening an investigation into the circumstances of Mr. Epstein’s death.”

Epstein had been jailed since early July, when he pleaded not guilty to charges by New York federal prosecutors after an indictment accused him of sex trafficking dozens of underage girls, some as young as 14 years old.

The Southern District of New York’s investigation into Epstein’s alleged conduct is ongoing after his death, according to Geoffrey Berman, the US attorney overseeing that office.

“Today’s events are disturbing, and we are deeply aware of their potential to present yet another hurdle to giving Epstein’s many victims their day in Court,” Berman said in a statement. “To those brave young women who have already come forward and to the many others who have yet to do so, let me reiterate that we remain committed to standing for you, and our investigation of the conduct charged in the Indictment — which included a conspiracy count — remains ongoing,” Berman said.

After Epstein was placed on suicide watch when he was found with marks on his neck on July 23, daily psychological assessments were conducted on him, according to a source familiar with the matter. But at the end the month, psychologists with the Bureau of Prisons took him off suicide watch and cleared him to return to his cell in the Special Housing Unit, the source said.

Barr is livid at the events surrounding the apparent suicide of Epstein and is determined to get to the bottom of what happened, according to a source familiar with the situation.

Former deputy attorney general Rod Rosenstein, who left the Justice Department in May, said in a tweet Saturday that “pedophiles facing federal criminal charges are at high risk for suicide.”

“It happened in several of my Maryland cases when defendants were released on bail,” Rosenstein, a former US attorney for the District of Maryland, wrote. “Detained pedophiles require special attention. Stopping people from harming themselves is difficult.”

Nebraska Republican Sen. Ben Sasse, the chairman of the Senate Judiciary Oversight Subcommittee, was highly critical of the Justice Department and the Bureau of Prisons in a letter addressed to Barr on Saturday, demanding answers to questions surrounding Epstein’s death. “The Department of Justice failed, and today Jeffrey Epstein’s co-conspirators think they might have just gotten one last sweetheart deal,” Sasse wrote. “Being responsible for Epstein’s custody and prosecution, the Department of Justice should not have allowed this to happen. His death not only deprives his victims of the opportunity to confront him in court and to see him held accountable for his crimes, but also makes it harder to unravel his ring.”

President Donald Trump retweeted a conspiracy theory on Saturday evening that contained a video from comedian Terrence K. Williams, who suggests, without evidence, that former President Bill Clinton and former Secretary of State Hillary Clinton were involved in Epstein’s death.

“For some odd reason, people that have information on the Clintons end up dead,” Williams said in the video. “And they usually die from suicide.”

Bill Clinton’s spokesman, Angel Ureña, responded to Trump’s amping of the conspiracy theory saying, “Ridiculous, and of course not true — and Donald Trump knows it. Has he triggered the 25th Amendment yet?”