Alice Wahome: Uhuru is attempting to change the constitution to stay in power 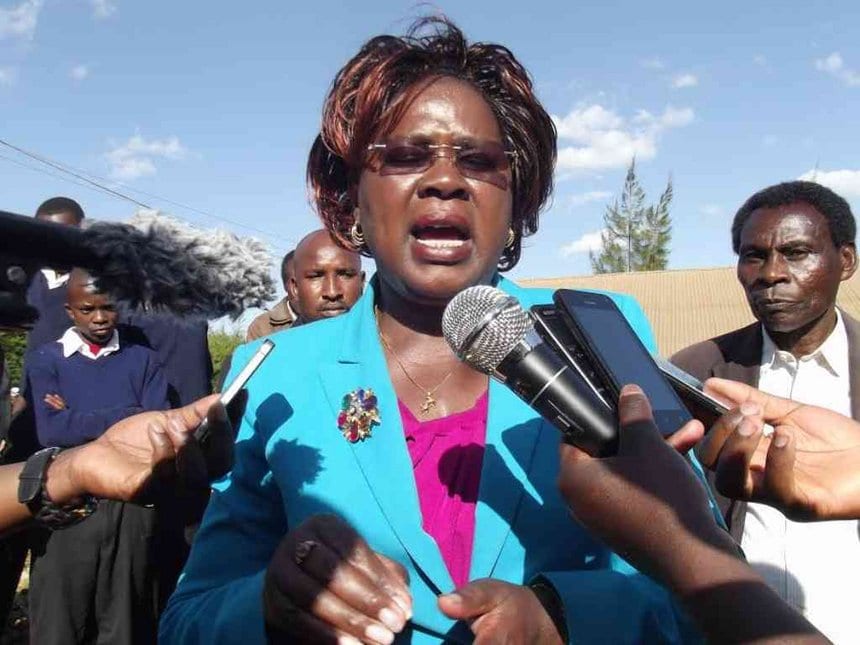 Kandara MP Alice Wahome is accusing President Uhuru Kenyatta of planning to extend his stay in power indefinitely by effecting constitutional amendments through the BBI.

Speaking at a hotel in Malindi on Saturday, Wahome claimed Uhuru was planning on using the proposed referendum to remain in power after his tenure in office lapses in 2022.

Without going into details, the MP alleged a ploy by the president to retain some degree of control even after he vacates office.

“Your excellency, you are attempting to cleverly change the constitutional to retain some executive power even when you are away from office,” Wahome said.

The vocal Ruto ally also accused the president of killing devolution, other companies and militarizing the state ‘at the pleasure of the executive’.

“You are treading on a dangerous path of militarizing the state, killing devolution and indeed, other offices to serve the pleasure of the executive” she added.

Earlier in the year, the legislator had cooked up a storm after Uhuru allies David Murathe and Francis Atwoli claimed that President Uhuru still had a lot of gas left in his political engine before he hangs in his boots.

Wahome accused ODM leader Raila Odinga of being a ‘mercenary for hire’ and the BBI report as the special-purpose vehicle heading to the route that has been suggested by Murathe and Atwoli.

The Kandara MP said if the Constitution is to be amended, then there should be a provision barring a president who has served his term from running for any office that has executive powers.