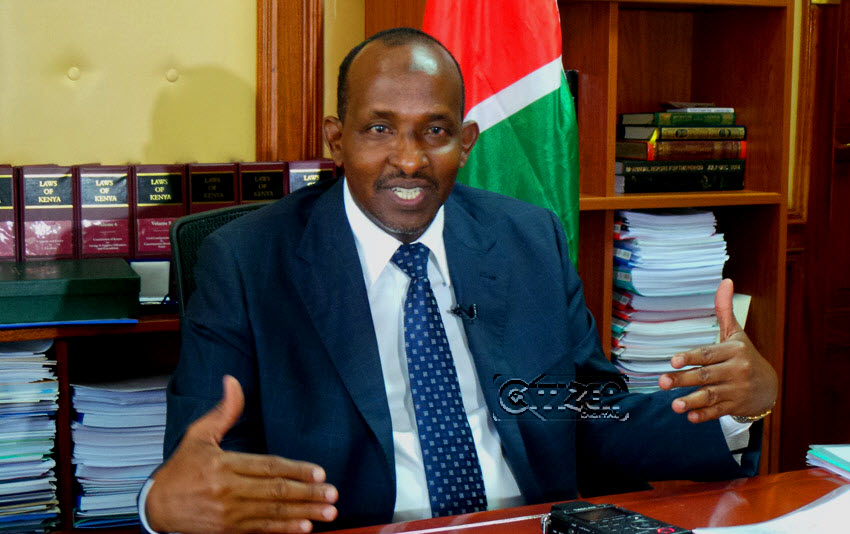 NASA presidential candidate Raila Odinga knows how to create employment opportunities. He has created numerous political entities throughout his decades in politics, fills them with his sycophants and close family and friends, and gives them bizarre names like the ‘Pentagon’.
Yes, this is Odingaism job creation, and he is very good at it.
Raila’s latest manifesto is a case in point. It is full of the creation of new bodies and entities, like a “National Food Security Council”. What it will do, no one knows, what its remit will be, is completely unclear. However, what is abundantly clear from past history is that it will be populated by Raila’s inner circle who will take taxpayers money and do very little with it except line their own pockets.
The supreme example of Raila’s personal job creation industry is the intention to rip up the constitution so that he can create brand new executive positions for his losing Nasa co-principals. They will not be elected by the people but be appointed by Raila’s order.
If Nasa wins the elections, Raila will appoint 15 to 20 unnecessary deputy ministers; Musalia Mudavadi will be named Premier Cabinet Secretary and will wield immense powers as coordinator of government ministries and overseer of the Cabinet. The only ‘minor’ point is that this position does not exist and flies in the face of the gains made by the constitution. Moses Wetangula and Isaac Ruto will be made subordinates to Mudavadi as Deputy Premier Cabinet Secretaries. These appointments alone will cost the taxpayers billions of shillings.
So when Raila talks about creating employment opportunities by investing Kenya’s resources, he is telling his truth. However, he is deceiving the public because he has no plan to create a single job for a single ordinary Kenyan.
There is no mention of it in his manifesto which is still yet to be put online and made accessible to Kenyan voters.
However, conversely, if Uhuru talks of job creation he has a record to stand on.
In 2013, he talked about creating one million jobs each year and he has unprecedentedly come very close to that figure in each year since he assumed office.
The president, rather than creating new positions around him to consolidate power, he has done the opposite. In the spirit of Kenya’s new constitution, Uhuru has created jobs that give him less executive power and ensured that these new positions provide Kenyans greater access to power through devolution. Tens, if not hundreds, of thousands of new jobs were generated through the effects of devolution and the services and hospitality sector.
However, Uhuru is not satisfied with his current scorecard on employment, impressive though it is. He is now upping the ante and promising that at least 1.3 million jobs will be generated annually over the next five years, and he will do this by working with county governments to set up at least one industry in every county for youths in particular to secure jobs and live a decent life.
This vision is not met by his opponent who has mentioned no targets for job creation and no vision for improving employment opportunities.
Additionally, it is clear to every economist that employment opportunities increase with foreign investment.
During the last four years, the world has invested in Kenya and shown trust in the Jubilee Government to the tune of $1.4 billion in direct investment in our economy. Compared to $163 million during Raila’s time as prime minister, it becomes clear that international investors have faith in Uhuru and next to none in Raila.
In fact, during 2015 alone, Kenya recorded the fastest rise in foreign direct investments (FDI) in Africa and the Middle East, at 47 per cent, that saw 84 projects in diverse sectors initiated in that year.
The FDI Intelligence website revealed that a total of 84 separate projects from real estate, renewable and geothermal energy as well as roads and railways worth Sh102 billion provided a huge chunk of new jobs for Kenyans.
It is clear that while Job creation is the backbone of any economic progress, both candidates have manifestos detailing the creation of employment opportunities.
While Raila will create a few dozen jobs for his political allies at the cost of billions of shillings to consolidate power, Uhuru will create millions of more jobs to bring billions of shillings into the economy and relinquish even more of his power to the hands of ordinary Kenyans.