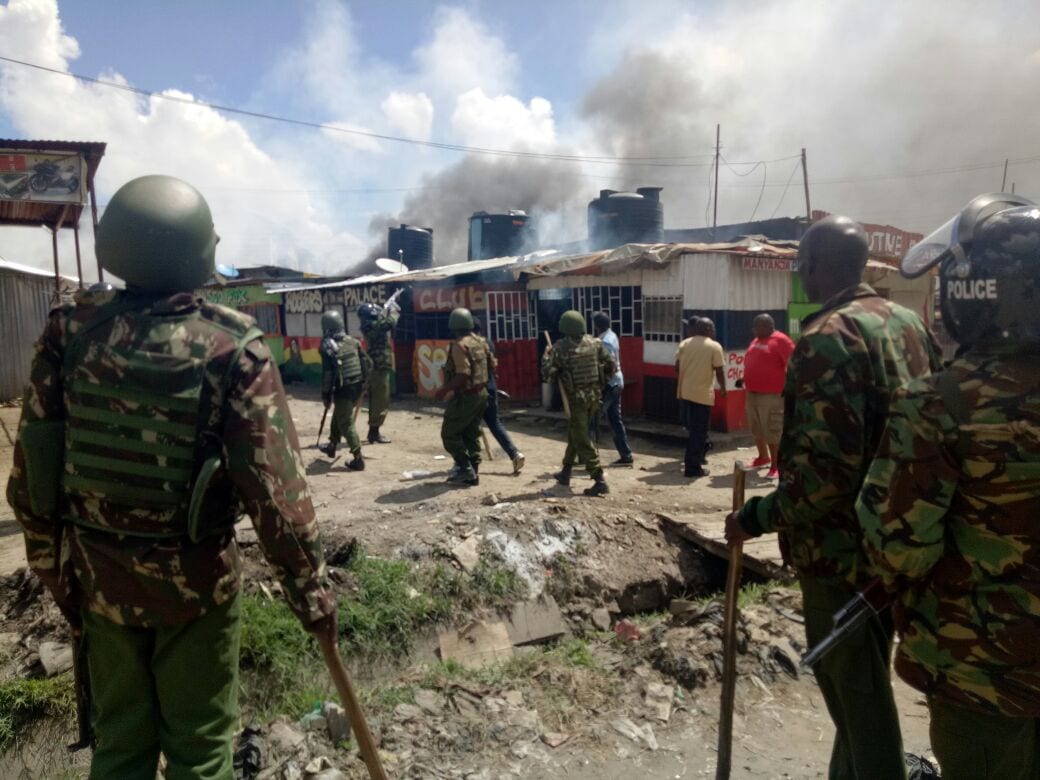 Police have denied reports that they were involved in the fatal shooting of a seven-year-old boy in Pipeline, Nairobi.

In a statement shared on its Twitter account, the National Police Service said there were no active police operations in Pipeline’s Kware area where the shooting occured.

“However, there were Police operations to deal with rioters around Jacaranda grounds and it’s environs in Donholm,about 5 kilometres away. The unfortunate incident of the shooting is under investigation,” read part of the statement.

The boy’s mother told Citizen Digital that her son was shot by a stray bullet while at a neighbour’s house where he had gone to watch President Uhuru Kenyatta’s inauguration.

“My son had requested to go watch President Kenyatta’s inauguration at a neighbour’s house. While there, he and his friends decided to play on the veranda where he was fatally shot. The boy was studying at a primary school in Machakos County, and was slated to join Standard Two next year. He was a very intelligent pupil,” said the slain boy’s mother, Elizabeth Katungwa.

Meanwhile, the Independent Policing Oversight Authority (IPOA) has launched investigations into the incident where an expectant woman was also shot and injured.

In a statement, IPOA said it had dispatched its Rapid Response Unit to investigate the incident with a view of establishing circumstances of the shooting and ensure that, if culpability is established, the officer responsible faces the full force of the law.

Upon conclusion of the probe, IPOA will make recommendations and forward the investigation file to the Director of Public Prosecutions Keriako Tobiko for further action.

A contingent of police officers had sealed off the Jacaranda grounds as early as 7am with National Super Alliance (NASA) supporters who attempted to access the grounds being met with ruthless force.

Irate NASA supporters unleashed their wrath by burning down some business premises along Manyanja Road and barricading roads with burning tyres. This happened as President Uhuru Kenyatta was being sworn in at the Moi Sports Centre, Kasarani.