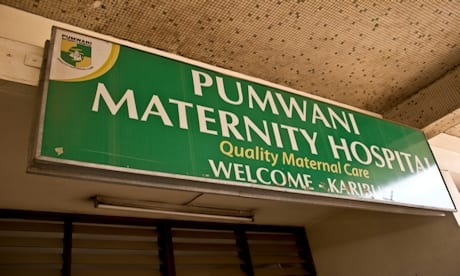 Sonko, through his Facebook page, said he conducted the impromptu raid after claims “by members of the public that the management shut down machines at the maternity wing leading to loss of lives of young ones.”

“Stern action will be taken against anyone found to be sabotaging the good services offered to our mothers and sisters who come to deliver in this facility,” he warned.

However, on closer scrutiny, 12 bodies were found in separate paper bags – one containing 6 bodies, another containing five and yet another with one body – inside a room at the hospital.

Sonko, during the raid streamed live on his Facebook account, is at one point even heard threatening to slap one of the hospital staff members for lying to him about the number of bodies.

“All those responsible for this negligence will face full force of the law. I’m not going to allow this to happen to our mothers, they must take responsibility for the deaths,” said Sonko after discovery of the bodies.

Following the incident, Governor Sonko has suspended top officials at the facility including the entire board of the maternity hospital.

According to a statement from the governor’s press service, the matter has already been reported to Pangani Police Station and police have launched investigations to ascertain how the babies died at the maternity hospital.

The county boss also refunded money paid by expectant mothers to the facility saying the national government, through the National Hospital Insurance Fund (NHIF), is supposed to cater for all their costs.