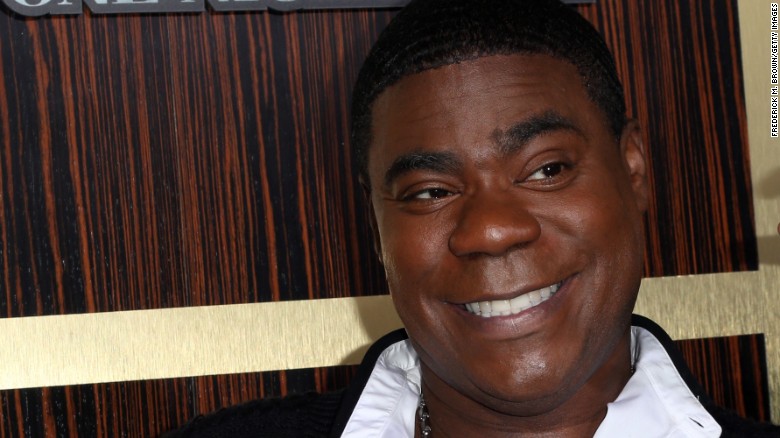 The truck driver who crashed into Tracy Morgan’s limo bus last year was indicted by a New Jersey grand jury.

Kevin Roper was driving on the New Jersey Turnpike in June 2014 when he crashed into the vehicle carrying the former “Saturday Night Live” and “30 Rock” funnyman and his friends, causing a pileup that seriously injured the comedian and killed his friend.

Roper was charged with first degree aggravated manslaughter, vehicular homicide, and eight counts of aggravated assault in varying degrees by a Middlesex County, New Jersey grand jury, according to the indictment provided by James O’Neill in the District Attorney’s office.

Roper’s attorney said the prosecutor has corrupted his client’s right to due process and questions whether the indictment will stand.

The prosecutor “ran out of opportunities to corrupt the defendant’s right to due process and finally elected to present the matter to the grand jury which surprisingly after over a year of continuous negative publicity, returned an Indictment,” David Jay Glassman, Roper’s attorney, told CNN via email.

Roper’s truck driver fatigue — exacerbated by his decision to drive 12 hours to work before he even started his 14-hour shift — likely caused the crash that killed comedian James McNair and seriously injured Morgan, the National Transportation Safety Board said in August.

McNair’s sister, Pamela McNair, said her family was raised to “forgive others for their faults.”

“No one is perfect and we all make mistakes,” she said. “It won’t bring my brother back. But how he lived his life, he was such a loving and forgiving human being, and if he would forgive then so can I.”

Morgan settled with Walmart, the owner of the truck, for an undisclosed amount over the deadly car crash, earlier this year.

Morgan’s civil action, related monetary award and NTSB findings “bankrupted the defendant’s constitutional rights and ability to get a fair trial,” Glassman told CNN. Given the lack of any action to preserve the grand jury process or Roper’s due process rights, he said, “the question is whether an indictment returned under these circumstances will be allowed to stand. That is the question we intend to pursue before the court.”

Morgan, who was in a coma for two weeks after the accident, said recently that his life would never be the same.