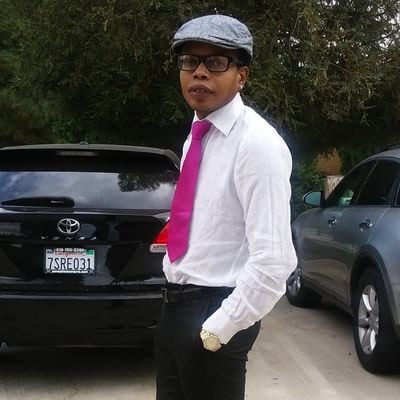 Christian Longomba, one-half of the popular Longomba duo that dominated Kenyan airwaves in the early 2000s, has passed on, reports say.

Christian died on Saturday, March 13, in Los Angeles, USA, with his sister Jessy Jones breaking news of his passing through a Facebook post.

According to Jones, Christian, who was fighting a recurrent brain tumor, succumbed at around 7 p.m. His brother, Prophet Lovy, was at his bedside.

Lovy who runs a successful gospel ministry in UK took to Facebook, posting: “To be absent from the body is to be present with The Lord. I love you Christian,My brother, my friend & partner but Jesus loves you more. Enjoy Heaven.”

Rest in Peace homeboy! Your contribution in the Kenyan Music Industry shall never be forgotten. Condolescence to @prophetlovy and the entire family. pic.twitter.com/VcyN7ZBv4M

Safiri Salama Christian Longomba.
Asante for your contribution to the Game. pic.twitter.com/LWY46QBxni

Gospel singer Daddy Owen also took to social media to condole with Christian’s family, reminiscing how the family had given him most of his nicknames including Papa Fololo.

In May 2015, Christian suffered a seizure and was rushed to hospital where he was diagnosed with falx and parassagittal meningiomas.

His family told the media that neurosurgeons discovered a large tumor close to his sinuses.

“The doctors, after thorough tests, explained that the tumor had covered part of his parietal lobe and was mostly on the frontal lobe. After receiving his diagnosis, Christian launched into perhaps his most challenging endeavor – starting his journey in the treatment of his brain tumor,” said Lovy.

It took slightly over two weeks for the musician to start the surgical process, and he finally went under the knife on May 29th 2015.

Though the surgery was successful, Christian had to undergo a second operation after doctors found blood clots in his brain.