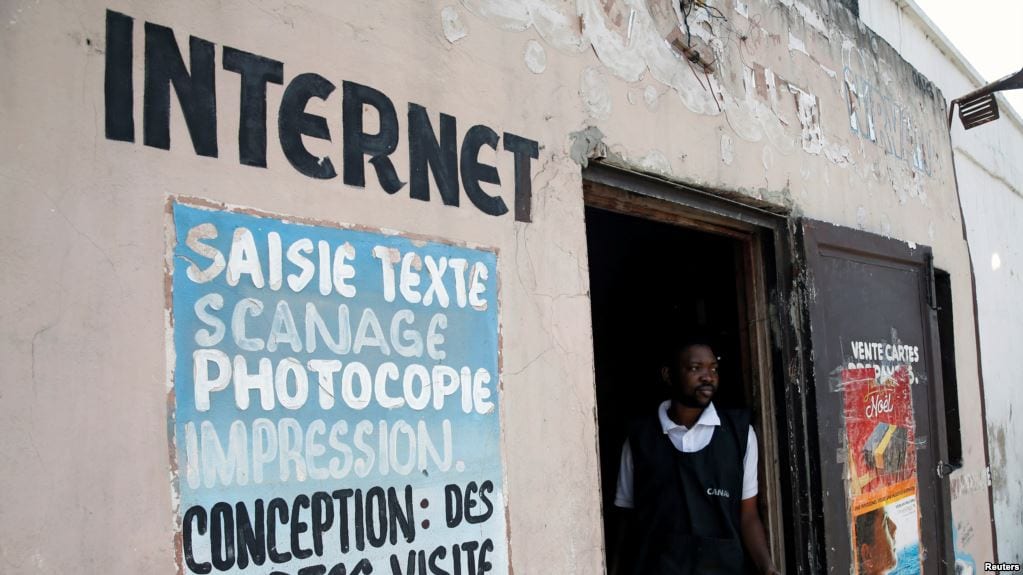 The last two years have been grim for internet access on the African continent, according to analyst Robert Besseling of risk-assessment firm EXX Africa, and the situation may be getting worse. In the last four weeks alone, no fewer than five African governments have temporarily shut down internet access amid political crises and unrest.

While this practice dates back several years, he says it has accelerated and hit nations that rely on the internet for spreading information and for internet-based commerce, like Zimbabwe.

“We counted 21 shutdowns across Africa in 2018, and so far this year in the first three weeks of 2019, we saw shutdowns in five countries: again, Cameroon, as well as most prominently, Zimbabwe, as well as during the elections in the Democratic Republic of Congo, and unrest in Sudan, as well as briefly following the attempted coup in Gabon,” Besseling said.

Those five nations have one thing in common: recent political unrest. Congo’s shutdown occurred during a chaotic, disputed, long-delayed election and its contentious aftermath. In Zimbabwe, fuel price hikes led to violent protests, which led to even more violent crackdowns by security officials, which was followed by an internet blackout.

Congolese rights activist Sylvain Saluseke – who lives in self-imposed exile outside of the country — says his compatriots in pro-democracy youth group LUCHA struggled under the blackout as they tried to carry out their mission of observing the December 30 polls and documenting the aftermath.

“That was a major hindrance,” he told VOA. “Of course, beyond that, there have always been these questions of how less are we able to pass on information or exchange information, and that in itself raised the risk of if and when somebody has been arrested, or somebody goes into any dangerous situations or risky situations.”

Stopping the flow of information is the point of these internet shutdowns, argues Edgar Munatsi of the Zimbabwe Association of Doctors for Human Rights. Other rights groups have claimed the same, saying this was a tactic to give cover to the rampant human rights abuses that happened — and still may be happening — in Zimbabwe.

Besseling, who assesses the continent from a business perspective, notes that African nations have an easier time shutting down or forcibly slowing down internet services, because many African telecom companies are under state control.

The shutdowns come at a high cost, he says.

“If you were to shut down the internet throughout the geography of an economically important country, then you can estimate of course a far higher cost. In a country like Kenya, for example, the cost would be $6.3 million a day, in the case the internet was shut down across the country.”

Those losses come, he said, through disruptions in information networks — such as internet-accessible stock and commodity price indices — and the unavailability of e-commerce and electronic banking.

He said there are other losses that can’t be easily quantified, though, like getting reliable information about what’s going on around you, or perhaps hardest of all, losing touch with loved ones during a time of crisis.