Trevor Noah reveals how it was growing up during apartheid

Ellen felt it was tough for the comedian to grow up in such a racist environment, especially because his parents are a multi-racial couple.

The comedian said that he considered himself lucky because he did not experience apartheid for very long. He explained that because he was a child, the apartheid was not too bad for him.

In reference to his mixed-race parents, Noah said: “For them it was but not for me.”

Noah said that his mother, who has both Xhosa and Jewish ancestry, was arrested “on many occasions” for being with his father who was of Swiss German decent.

Trevor Noah, who is also a radio presenter and an actor, recently added TV Show host to his profile when he was named the new host of The Daily Show. 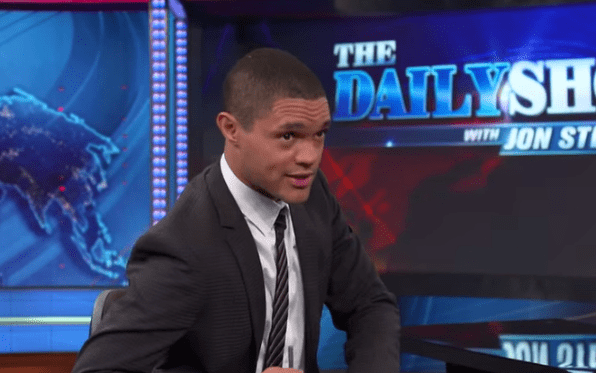 Noah succeeded Jon Stewart, and the transition was a smooth one. The South African said Jon Stewart was one of his comedic influences. Noah also said that Eddie Murphy and Chris Rock helped shape his career. The two have frequented his show among other entertainment personalities such as Lenny Kravitz, Jamie Foxx and Kevin Hart.

On Wednesday, had to undergo an emergency appendectomy and he was unable to host his show.

Jimmy Fallon, a fellow night TV host, poked fun at Noah as he recovered in hospital.

Fallon tweeted, “Hey @Trevornoah, tell everyone at the hospital I said hey! Get better soon buddy!”

Hey @Trevornoah, tell everyone at the hospital I said hey! Get better soon buddy!

Fallon is no stranger to hospital emergency rooms as he had to undergo hand surgery in July this year after he nearly lost his finger in a freak accident.

The Saturday Night Live host needed to have a vein taken from his foot over the summer to repair the injured finger on his left hand. He said his wedding ring got caught when he tried to break his fall after tripping on a rug.

According to a statement released by Comedy Central, Trevor Noah’s surgery went well and he is currently recuperating.

Meanwhile, fans will have to watch encore episodes of the show.