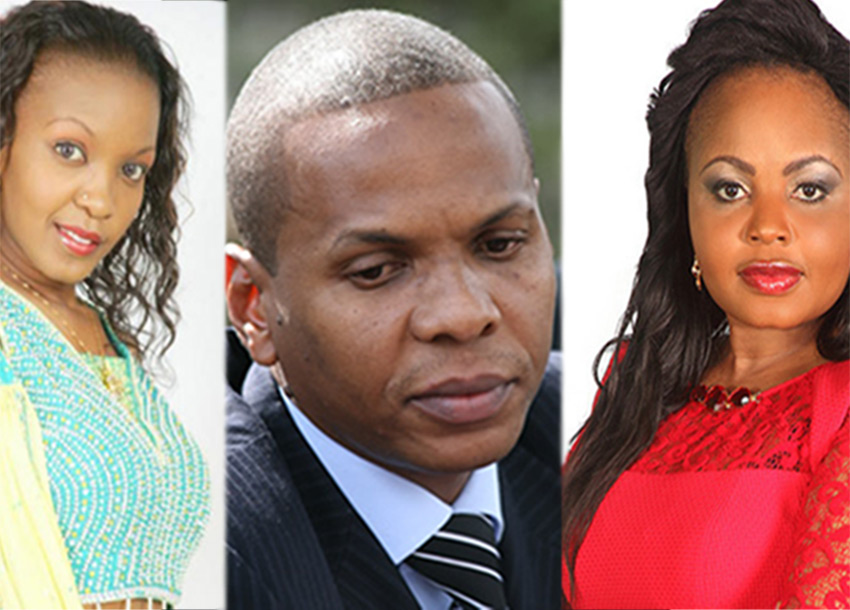 K24 Swahili news anchor Mwanaisha Chidzuga has refuted claims that she is the co-wife of former Miss Kenya Cecilia Mwangi.

The two ladies were, for a long time, rumoured to be the wives of former assistant minister and Garsen legislator Danson Mungatana.

Last week, Cecilia Mwangi – who has since separated with her baby daddy – revealed that she wasn’t married to Mungatana, explaining that theirs was just a relationship.

“There were rumours in the media that we were readying ourselves for a wedding. There was nothing like that. That was just a fabrication of the media as there were no marriage plans in the first place. However, I didn’t take offence when the said falsehoods were reported because I have bigger things to deal with, and pursue, than dwelling on non-issues,” Cecilia told The Star’s Word Is.

Mwanaisha on Wednesday, February 24 took to Twitter to dispel any relation to Ms Mwangi after several tabloids and entertainment websites referred to her as Ms Mwangi’s co-wife.

“Kindly note that I Mwanaisha Chidzuga was never a co-wife to one Cecilia Mwangi. Please stop dragging my name and that of my family into this madness,” she posted.

The highly reserved journalist, however, did not give further details about the nature of her relationship with Mr Mungatana.

In June, 2014, Mwanaisha Chidzuga welcomed her third baby girl whom she named after Mr Mungatana. That gesture injected new life into the rumours about her supposed union with Mungatana.

Miss Mwangi, on the other hand, publicly announced that her relationship with Mr Mungatana had come to an end and that she was raising their daughter alone.

“… We already ended our relationship and went our separate ways over a year ago. There were no scuffles prior to our decision. We simply sat down like two mature adults, had a sober talk and decided to part ways. Personally, I felt was at a stage where I needed back some peace of mind.”

The anti-jigger campaign celebrity further said: “We no longer communicate. No phone calls, no messaging… Nothing at all. We now live our separate lives. We don’t even share responsibilities for my daughter.”