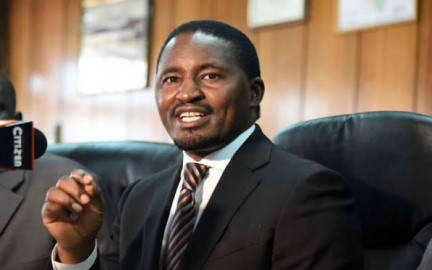 Speaking on Sunday during the opening of TSP offices in Kathwana, Tharaka Nithi County, Kiunjuri said Mt. Kenya leaders should be firm in their resolve to protect their political vehicles, as this will earn them respect in the eyes of presidential hopefuls they wish to support.

“Kama vyama vya kisiasa lazima tuheshimiane, don't say you were frustrated, when you are also trying to frustrate others. it will be dangerous if we all get into one vehicle." Kiunjuri said.

The TSP leader said pre and post election coalitions will be entered into only if there will be existing political parties with backing.

While advocating what he terms as mix-and-catch voting pattern, Kiunjuri said party euphorias may yield poor leaders who only ride on party popularity, but no tangible development records to show.

There are heightened political activities in the Mt.Kenya region, with every political contender jostling to get a share of votes.

Kiunjuri further accused the DP of playing double standards by calling for the dissolution of political parties in Mt.kenya while also advocating for a working relationship with parties from other regions.