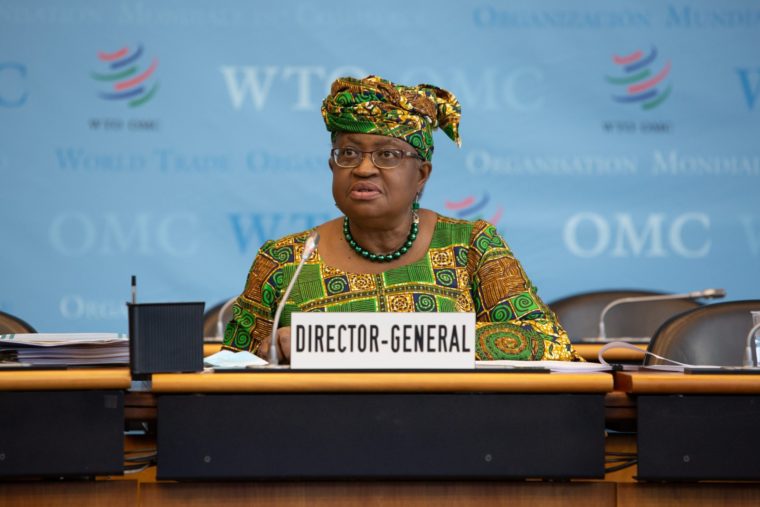 The head of the World Trade Organization (WTO) on Friday called on the leaders of the Group of 20 nations to make progress in negotiations on a proposal to waive intellectual property rights for COVID-19 vaccines.

“We must act now to get all ambassadors to the table to negotiate a text,” WTO Director-General Ngozi Okonjo-Iweala said at the virtual G20 health summit. “We have to sit down and negotiate if we want to save lives.”

Two weeks ago, trade experts said WTO negotiations on a waiver of intellectual property rights for COVID-19 vaccines could take months – provided they can overcome significant opposition from some member countries.

The talks also are likely to focus on a waiver that is significantly narrower in scope and shorter in duration than the one initially proposed by India and South Africa last October.

Prior to U.S. President Joe Biden’s decision on Wednesday to back talks for a vaccine waiver, the two countries confirmed their intention to draft a new proposal after seven months of opposition.

WTO Director General Ngozi Okonjo-Iweala welcomed Biden’s move and urged talks on the new plan to start as soon as possible. “The world is watching and people are dying,” she added.

“At a minimum, it’s going to be a month or two,” Clete Willems, a former Trump White House trade official who previously worked at the U.S. trade mission to the WTO in Geneva, said of any possible agreement.

“Right now, there is no proposal on the table that would waive the TRIPS agreement simply for vaccines,” he said, referring to the WTO’s agreement on Trade-Related Aspects of Intellectual Property Rights that governs the transfer of property like movie rights or vaccine-manufacturing specifics.

A more realistic goal may be completion of the agreement in time for the WTO’s next ministerial conference, scheduled for Nov. 30 through Dec. 3, said Willems, now a trade partner at the Akin Gump law firm in Washington.

That would give vaccine producers more time to boost global supplies which could help contain the virus and ease pressure for the waiver.

U.S. Trade Representative (USTR) Katherine Tai said on Wednesday that she will pursue “text-based negotiations” on the WTO waiver, the standard but tedious process for trade deal talks.

Negotiators trade texts with their preferred wording, then try to find common ground, sometimes leaving blank spaces for thorny differences to be settled by politicians.

All 164 WTO member countries must reach consent on such decisions, with any one member able to block them.

“Those negotiations will take time given the consensus-based nature of the institution and the complexity of the issues involved,” Tai said in a statement that tamped down expectations for a quick deal.

A German government spokeswoman said that manufacturing capacity was the main constraint on supplies, not intellectual property.

U.S. companies, which strive to influence the USTR’s trade negotiations, are already mobilizing to try to ensure the WTO talks lead to a waiver that is as narrowly targeted as possible.

“This is a mitigation effort. We’re aiming to make it less bad than it otherwise would be,” one industry source said.

Some Republican lawmakers are pushing the argument that the decision will hand American technology to China.

“What this decision will do, if it goes forward, is benefit countries like China that are aggressively trying to obtain U.S. technology to bolster their own domestic champions,” Republican Senator Mike Crapo said in a statement.

On the plus side, a successful waiver negotiation would “improve the atmospherics” at the WTO, which has been marked by failure to reach agreement on substantive new trade policy since its inception in 1995, said Harry Broadman, a former Clinton administration trade official who helped negotiate the trade body’s creation.

“It’s good that the WTO hopefully can actually think about a consensus,” Broadman said, adding that he sees slim prospects that a vaccine deal could revive prospects for broader WTO negotiations.