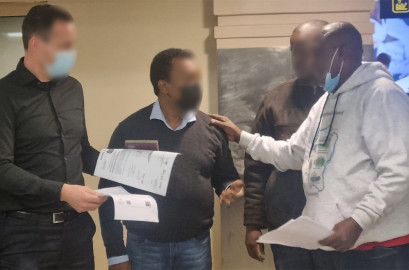 A Dutchman accused of masterminding an international syndicate smuggling Africans to Europe has been arrested in Nairobi.

According to the International Criminal Police Organization (INTERPOL), 53-year-old John Habeta, a Dutch national of Eritrean descent, has been wanted by the Netherlands since 2017.

Habeta was nabbed on December 16 on the outskirts of Nairobi in a joint operation by DCI detectives from the regional INTERPOL National Central Bureau (NCB) and authorities in the Netherlands.

Habeta is said to have been involved in at least four different operations to smuggle groups of Eritrean nationals into Europe using routes from Asia.

A Red Notice had been issued on December 10 for his arrest after INTERPOL raised alarm on the suspect’s presence in Kenya.

He was taken into custody in Amsterdam on December 25 following his arrest and is expected to face trial in The Netherlands.