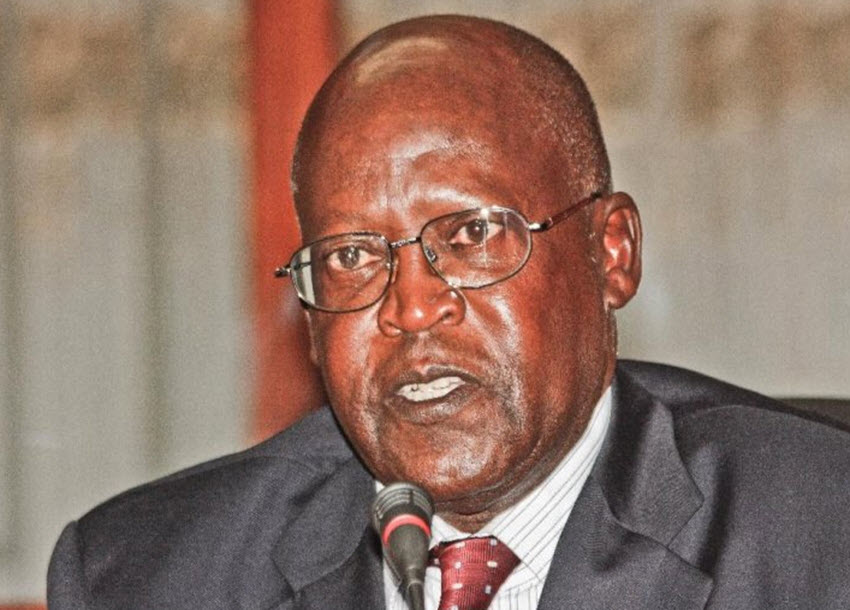 By his own confession, John “Kenny” Collins gave up the struggle to stay awake and lapsed into intermittent sleep inside the parked car.

His warm clothing and the immobile nature of the car inevitably lulled him to sleep. Staying awake for hours inside a car parked on a deserted London street was asking too much for a 75-year-old grandfather! Eventually, age and its attendant fatigue simply triumphed in its fight with anxiety and the long hours to keep him awake.

But there was a problem. John could simply not afford the sleep. In fact, he was not only expected to be awake but also to be extremely alert to his surroundings. It was a core requirement of his assigned duty. By sleeping or allowing for a slip-up on vigilance, he was putting into serious jeopardy an important and delicate mission that was going on a few blocks away.

You are probably thinking ahead of what, exactly, was John’s job and the unfairness of it all. At his age, ideally, he should not have been on a lonely, cold city street away from the warmth of a home and family. But John was an old hand returning to a familiar job albeit after many years of ‘retirement’.  And he was in good company.

John was a career thief. Fellow veterans had recalled him from his retirement for what was conceived as a pensioners’ heist. It was meant to be the perfect swansong that would net enough to outlive the gang. And the old geezers wanted to exit the stage in style. In secret tapings mounted by the cops, they repeatedly bragged how theirs would be the biggest burglary ever in Britain.

Their target was the Hatton Garden safe deposit that is owned by a Sudanese family. It is London’s favourite hideout for prized jewelry, gems and secrets. As the gang correctly predicted, there was enough loot to feather everyone’s retirement nest. Like all sensitive crimes, this one required the concert of a few tried-and-tested hands. So old networks of former burglars that had been forced into redundancy by technology and shifts away from hard cash economy were resurrected.

The assembled coterie made for interesting CVs. Their leader was 76-year-old Brian Reader also known as “The Master” or in London accent, “The Guv’nor.” He had earned his stripes in a career spanning more than half a decade including the movie-making Brink’s-Mat raid in 1983. He was also a trusted lieutenant of the notorious thug, Kenneth Noye, now serving jail for murder. When Reader abandoned the latest burglary after the first night, an accomplice derisively remarked that “he used to be a proper thief 40 years ago!”

At 67, Terry Perkins was also an accomplished thief. In a kinky reminiscence, he celebrated his birthday in the middle of the theft.  He had marked his 35th birthday in another famous theft at the Security Express in London. But the years had caught up with him. He had to take occasional breaks from his assigned role for shots of insulin when his diabetic limbs threatened to give up.

Like three decades ago, the gang had settled on last year’s Easter holiday for their mission. The choice was logical since London, like many cities, empties over Easter. There is lessened security presence – at least in London where cases of theft are few and far between. And as the gang expected, the break-in task proved arduous and pain-staking. It took two days to drill past the reinforced walls and at some point, John and Daniel Jones, 60, an eccentric fellow thief who slept in a bag and in his mother’s dressing gown and a fez went shopping for a replacement drill after the tool broke down.

In subsequent prosecution papers, the purchase turned up to be one of the litany of foolish mistakes that gave the gang’s game away. Jones had filled out his name as Veeh Jones in an ego-inflated salute to a famous movie thief. But he literally invited the sleuths to pick him up by filling in the rest of his personal details including his visa card and home address faithfully and accurately.

It was not the only measure of foolish loyalty. As detectives later remarked, the gang was so faithful to its old boys’ networks that once one thief had been positively identified, the rest fell into place like a jigsaw puzzle. They were also old-fashioned thieves that technology had left many years behind.

For instance, John who was also the get-away driver returned to the scene of the crime in his white Mercedes Benz. He reasoned there was no cop on sight to see him but was apparently unaware of street cameras that pick out car number plates details thanks to an installed micro-chip. The gang disabled a camera in the safe but did not reckon with another camera patched on a neighbouring building that captured all its action.

To its credit, the gang had done its homework with meticulous research spanning over 2 years. Jones had even bought a book, Forensic for Dummies, ostensibly for skills in burying the evidence. But Internet search history on such matters as best markets for contraband jewelry or how to melt gold build to the body of incriminating evidence.

Getting away with £200 million (Ksh2.9b) loot understandably excited the gang. Members regularly met in a neighbourhood pub for a bravado-filled post-mortem of the theft. Over drinks, they would compare their ideas on how to hide and launder the resultant windfall. By then, the cops had wired the bar and their cars. CCTV cameras caught the gang sharing out the loot in a car park. In court, the confessions resulted in fairly straightforward convictions.

There are loud echoes of this bungling clumsiness in the mega Judiciary bribery saga claims engulfing Nairobi. For instance, meeting in, of all other places, a petrol station to exchange big bribery cash reads like a scene off an old movie’s script. Then, petrol stations were popular venues for discreet indiscretions. The involved parties could hope to be part of the inconspicuous motorists’ crowd.

Even in an unremarkable petrol station, prominent faces meeting for a shady transaction today or two years ago would be a conspicuous oddity. Unless the actors are old school revisionists like the British dinosaur thieves, the evidence trail would be all over. Even in Kenya where money and disappearances can buy the silence of witnesses, the what-ifs would be too many for comfort.

This is not to invite doubts or endorse any of the claims or counter-claims of the Judge Tunoi saga. I am just marveling at the unimaginativeness, the amateurishness of it all. A practiced bribe-taker knows the first rule of the game is that three is a crowd. The job of Mr Fix-It ideally ends with establishing contacts. He must be cut loose and jettisoned like the pest he is. If you must involve third parties in trading money, you must be as far away from the actual exchange scene as geography can possibly allow. That is what a credible alibi obliges.

From the Sopranos, we learnt that a man who talks too much is bad for sensitive ventures like the bribery business. The Mafia treasure Omerta for good reasons. In delicate, clandestine transactions, the first rule of the game is that nothing should be written down in whatever form. A broker who regularly texts updates on a secretive mission is an unhinged canon. Like the London thieves, the actors in the unfolding scandal appear to have failed to reckon with technology and its fingerprints. The consequences could turn out to be grave.