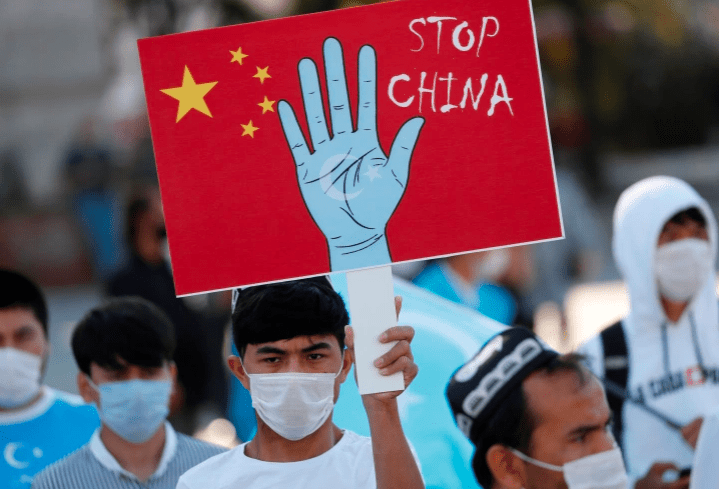 Global pop icons and celebrities are increasingly voicing support for human right violations, pro-democracy protests in Honk Kong, farmer rights movement in India among many others.

This has inspired activists and organizations to push global figures and artists to lend their voice for supporting human right violations in China, most especially to condemn the Uyghur Muslim detention camps that have come under fire for ethnic cleansing and violation of religious freedoms.

The call for global pop stars to speak up against burning social issues has gained popularity as internationally acclaimed singer Rihanna recently spoke about the farmer’s agitation in India, that led to many other global icons following suit. Rushan Abbas, an Uyghur activist, seeks to channelize this momentum towards religious persecution of Muslims living in Xinjiang province of China.

International celebrities who vocalize humanitarian issues have always led to a full-blown mainstream media coverage calling for accountability from the concerned governments. Rushan Abbas, whose own sister is held in one of the Uyghur detention camps, hence makes an impassioned plea to Rihanna and other global stars to speak up against China’s crimes against humanity.

Britain has been a lone but one of the leading sect of countries who have vociferously condemned the Uyghur genocide. In September 2020, a group of more than 100 lawmakers in UK gave a letter to the Chinese ambassador condemning and describing the Uyghur violence as “a systematic and calculated programme of ethnic cleansing against the Uighur people”.

Back in July, UK has also warned of imposing economic sanctions over the egregious human rights violations in the Xinjiang province.

Human right organizations such as Amnesty International and Human Rights Watch (HRW) have continually accused Beijing of perpetrating religious indoctrination and torture in the detention camps where millions of Uyghur Muslims are being kept. The HRW China director, Sophie Richardson, went on to call out Beijing over its shameful denial of the Uyghur atrocities and arbitrary detentions of Muslims despite well evidenced allegations by UN.

International organizations such as Inter-parliamentary Alliance on China (IPAC) have pushed UN to kickstart an independent investigation in Xinjiang amidst reports of mass sterilization of Uyghur women in these detention camps.

US has now joined too in condemning Beijing for state sponsored ethnic cleansing. During the onslaught of the pandemic, US placed a ban on importing textiles and technology from 11 companies whose products were allegedly manufacture by inmates and prisoners from the Uyghur detention camps. State Secretary Mike Pompeo urged other nations to join US in their demands to China to end the mass human right violations in Xinjiang.

EU and other western countries have reacted similarly in condemning the atrocities. H&M, a Swedish fashion company, called off its purchases from a Chinese cotton supplier over suspected use of forced Uyghur labourers.

An important figure in international football, Mesut Özil of the Arsenal club in the Premier League, had in 2019, tweeted a fiery social media post to openly criticize the Uyghur atrocities. Özil pointed out the silence of Muslim nations in not condemning the Uyghur atrocities. His post highlighted some of the worst practices in these detention camps including ban on schools and shutting down of mosques. Although it led to severe outrage from the Chinese government, it led to a public discussion on the burning issue.

Whenever global icons have chosen to speak up, more often than not, it adds on to the movements in a big way, swaying the public sentiments towards the causes that evoke not only response but accountability.

Juan Carlos commentates on matters International Affairs. He is an international affairs/geo-politics analyst