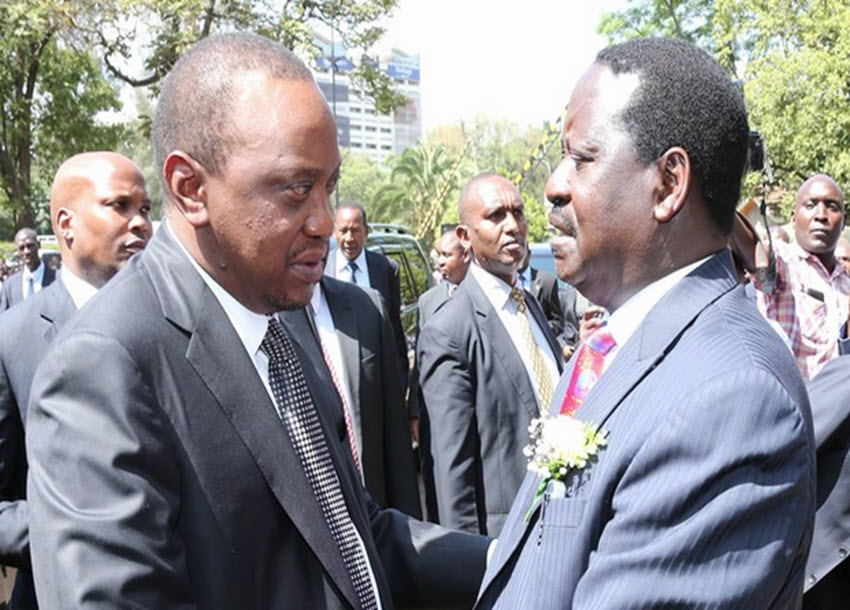 The debate that has dominated the headlines in the country has been the contested acquisition, transfer and disbursement of proceeds of the government’s multi-billion shilling Eurobond loan.

Especially of interest is how the allegations raised by CORD leader Raila Odinga were handled by Jubilee government leadership, from President Uhuru Kenyatta, to his deputy William Ruto and their lieutenants, as well as the National Treasury Cabinet Secretary Henry Rotich.

One thing emerges from all the hullabaloo, whether Odinga’s claims that Ksh140 billion was stolen during transfer of the Eurobond cash to the Consolidated Fund are factual or far-fetched, is that the government has come out as too defensive on the matter, instead of showing willingness to providing answers to all questions raised on how Wanjiku’s money was used, given she must repay that huge loan anyway.

Kenyatta, Ruto and Rotich should have put aside their disdain for Raila and handled the Eurobond saga in a manner depicting them as public servants willing to be accountable and transparent in the use of public monies.

They failed glumly and played right into the hands of the former Premier, who was hell-bent on painting the Jubilee government as mired in sleaze, because in the public eye the government appeared to be intent on hiding facts on Eurobond proceeds.

Worse still, Rotich has been quoted in the Business Daily published on Monday, December 21, admitting that he cannot account for how Ministries utilized close to 197 billion shillings disbursed to them from the 250 billion shilling sovereign bond after paying off a 53.2 billion syndicated loan.

It might have been lost to the National Treasury CS that he is the government’s chief custodian of financial records and should not get miffed when a breakdown of how public funds were used is demanded.

The same holds true for the Head of State, the DP and their backers who went amok bashing Odinga, whose accountability chorus was also joined by a section of the civil society.

The Eurobond saga erupted at a time CORD luminary Raila Odinga was still basking in the glory of initiating the eventual downfall of former Devolution CS Anne Waiguru following revelations of the theft of 791 million shillings at the National Youth Service.

In the shadow of the NYS scandal, President Kenyatta, DP Ruto and CS Rotich should have sat back and come up with a better explanation for Eurobond to tame wide public suspicion.

Remember this came at a time Kenyatta was launching a renewed fight against corruption and promising to eradicate it effectively with the help of the anti-graft body EACC, the Director of Public Prosecutions, the Directorate of Criminal Investigations, the Asset Recovery Agency and other relevant bodies.

Actually, Jubilee government lost a chance to prove its commitment to the fight against the vice, with the president, Ruto and Jubilee MPs led by Aden Duale and Moses Kuria coming out to attack Raila, who was being widely seen as a whistleblower, given he blew the lid off the NYS cash scandal, and threatening him with prosecution.

The former PM also lost a significant chance to prove his claims of patriotism by failing to present concrete evidence to EACC to back his claims of theft of Eurobond loan proceeds.

Instead, he has come out like he was on a witch-hunt, seeking political mileage by using Law 6 of Robert Greene’s The 48 Laws of Power- Court Attention At All Costs.  Whether he was right or not, the jury is out.

What was the take-home for any potential whistleblower from the whole Eurobond circus? If you are going to take on the high and mighty on matter accountability, transparency and corruption you better have express unchallengeable evidence and a tough back or keep off totally-SIMPLE! No?