OPINION: Why the High Court may have been wrong on IEBC quorum 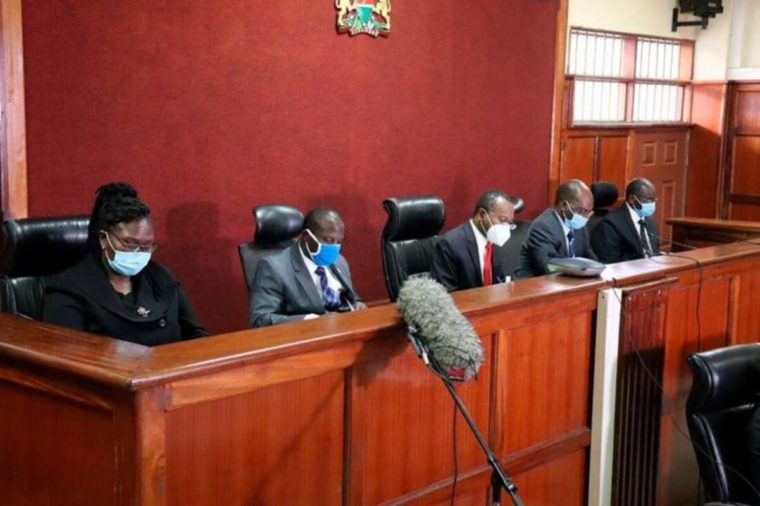 It’s been a week since the ‘earth-shaking’ decision of the High Court that nullified the Building Bridges Initiative (BBI)-inspired constitutional amendment process.

The five-judge bench comprising of Justices Joel Ngugi (presiding); George Odunga; Jairus Ngaah, Chacha Mwita and Teresia Matheka will go down in history as one that disrupted a political process with such might, a move that has never been witnessed in Kenya’s ‘young’ democracy.

When they faced Kenyans on May 13 to deliver the considered findings regarding petitions against the BBI process and constitutional reforms, viewers majorly on Citizen TV may have not anticipated what a night it was going to be. Therefore, it was no wonder that Citizen TV dubbed it as the ‘BBI Night of Shock’.

The judges – in a calculated manner – gave a blow-by-blow account of the inception of the BBI process as they made their case as to why it could not pass for a ‘popular’ initiative route to amend the Constitution as per Article 257. In the judges’ view, Article 257 is purely reserved for private citizens.

However, a section of politicians have argued that President Uhuru Kenyatta is a citizen of Kenya and therefore fit to initiate such a process.

“The President is citizen number one. How come when he is vying for election it is a requirement he be a Kenyan citizen but when he becomes President he is no longer a citizen?” posed Public Service CAS Beatrice Elachi during Citizen TV’s Daybreak show.

Ms. Elachi’s position is debatable, and perhaps dismissible, on grounds that while the President is a citizen, he is not a private citizen and as such, yields executive power. Some BBI proponents however argue that President Kenyatta had no role in the ‘popular’ initiative.

Former BBI Joint Secretary and advocate Paul Mwangi has repeatedly argued that the Constitutional Amendment Bill 2020 had its own promoters: Junet Mohamed (Minority Whip, National Assembly) and Denis Waweru (former MP). This is actually one of the grounds of appeal that the advocate is pursuing in an appeal on behalf of the BBI secretariat and ODM leader Raila Odinga.

On Thursday, the five judges gave 22 reasons as to why the BBI process was faulty and even ordered a “permanent injunction” on the Independent Electoral and Boundaries Commission (IEBC), barring it from ever taking action to further the Constitutional Amendment Bill 2020.

Before the judgment, the Bill had gone through all steps as stipulated in Article 257: all that was left in the process was a referendum. Both Houses of Parliament had just given the nod after 43 county assemblies voted to endorse the Bill.

And now the commission has filed its notice of appeal at the Appellate Court stating its grievance with the decision in four main areas:

1. The finding that IEBC lacks the requisite quorum for purposes of carrying out its constitutional and statutory mandate in relation to the intended referendum.
2. The finding that IEBC ought to have carried out a separate, nationwide, voter registration exercise for the specific purpose of the intended referendum.
3. The role of IEBC in relation to verification ‘that the initiative is supported by at least one million voters’ under Article 257(4) of the constitution.
4. The finding that Article 257(4) required a special legal framework for verification of signatures and/or that the process adopted was flawed.

The commission will have its day in court to argue their case and parties involved will be allowed submissions on the same. Should the national polls body succeed on the said grounds, then it could successfully challenge the finding by High Court that “all actions taken by IEBC with respect to the Constitution Amendment Bill, 2020 are null and void”.

This article does not seek to argue the merits or demerits of IEBC intended appeal. To the contrary, I’d wish to make an analysis of facts that may make IEBC’s appeal on quorum successful.

In deciding that the commission lacked quorum to verify or even consider the BBI Bill, the judges found that “the quorum for the conduct of business by the IEBC is five commissioners”. The judges relied on IEBC Act (2011) second schedule, Paragraph 5 which states: “The quorum for the conduct of business at a meeting of the Commission shall be at least five members of the Commission.”

What may have escaped the judges is that the referred to clause is non-existent. Here is how:

In September 2016, following negotiations by a joint select committee of Parliament, election laws were amended. The IEBC Act was amended to reduce the number of commissioners from nine to seven, inclusive of chairman. That amendment however did not alter the quorum, which remained at five.

Following the 2017 presidential election petition against Uhuru Kenyatta’s win of August 8, Parliament moved several amendments to contain ‘possible fallout’ in the repeat election. At the time, suspicion had rocked the electoral body.

There was a blame-game between the commission and the secretariat: the then IEBC Chief Executive Ezra Chiloba was blamed for loopholes highlighted in the August election by the Supreme Court. Mr. Chiloba had steered the institution in making major procurement decisions in the absence of commissioners.

The Wafula Chebukati-team was only appointed in January 2017, seven months to the election. The predecessor commission had voluntarily resigned in October 2016 following negotiations.

Part of the amendments (September 2017) provided that the IEBC quorum should have a majority of commissioners, as long as they were not less than three. The IEBC Act is amended in the second schedule by “deleting the words five members of the Commission” appearing in Paragraph 5 and therefore substituting the words “half of the existing members of the commissions provided that the quorum shall not be less than three members”.

The amendment went ahead to prescribe that “Unless a unanimous decision is reached, a decision on any matter before the commission shall be by a majority of the members present and voting.”

Seeing as such an amendment could easily lead to a decision of the commission being made up of two members only, a petition against the amendment was filed. The argument being that if you lower the quorum to a minimum of three, a decision can be made by a majority of those present and voting, and two commissioners could decide the fate of important actions of IEBC.

A decision of two would, by all means, be of the minority even if the commission was fully constituted by seven members. The two would make a binding decision, just because in such a meeting, four commissioners may have been absent.

In April 2018, High Court Judge Chacha Mwita, satisfied by arguments before him, quashed the election amendments of September 2017.

“With membership of the commission reduced to seven, including the chairperson, half of members of the commission, or three commissioners formed the quorum. Instead of making the quorum higher, Parliament reduced it to three which was not good for the proper functioning of the commission. In that regard therefore, in decision-making process where decisions were made through voting, only decisions of majority of the Commissioners could be valid. Short of that, anything else would be invalid. Paragraph 5 and 7 of the Second Schedule were plainly skewed and unconstitutional,” Justice Mwita said.

With the High Court having invalidated the amendment, and Parliament having repealed Paragraph 5 of the second Schedule of the original Act, it could only mean there was no law prescribing what the quorum of IEBC should be.

During the Daybreak show on Tuesday, May 18, High Court Advocate Steve Ogolla said: “The Kenya Law Report ought to update the law based on the amendments and subsequent Court finding. They however seem to await a review by Parliament to fill the gap in another amendment to the IEBC Act 2011.”

Impact of the High Court decision

Advocate Elias Mutuma – who represented Thirdway Alliance in one of the petitions against the BBI Bill – agrees that there are arguably two possibilities: (1) that “both the original provision and the amended provision cease to operate. The original provision by virtue of the amendment and the new one by virtue of unconstitutionality” and (2), that upon the court making the declaration of the unconstitutionality of the amendment, then the position remains as it were prior to the amendment. This then makes the two approaches valid points for appeal that invites a higher court to pronounce itself on the issue with finality.

Many have questioned the impact of the High Court decision on quorum of the IEBC: on whether it could be grounds to invalidate several actions taken by the polls body; commissioners in execution of their duties – including several by-elections conducted at county, constituency and ward levels.

It is important to note however, that even if the Court of Appeal agrees with an appeal against the court’s finding on IEBC quorum, it would still be an uphill task to argue against the finding on legality of the BBI process and specifically whether it was a ‘popular’ initiative from the beginning as per the requirements of the constitution.

Until then, we continue to read the judgment, understand the law and the appeals being filed.