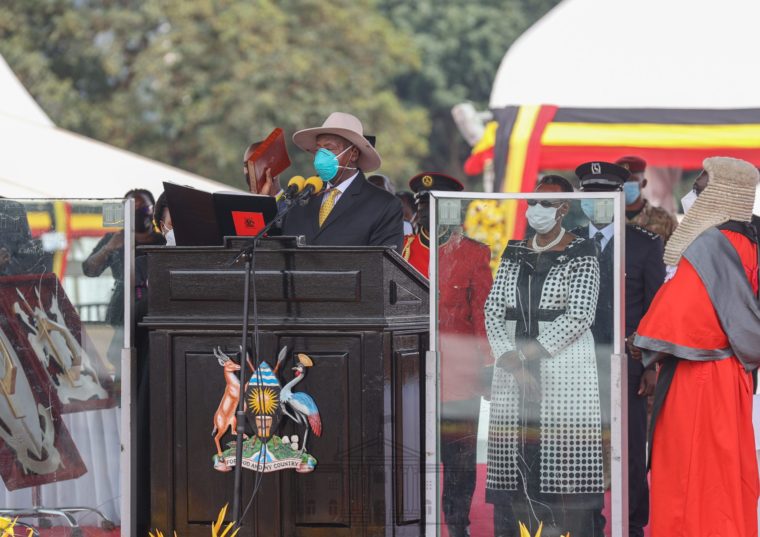 Uganda’s government must use its latest term to reverse the ongoing deterioration in respect for human rights, said Amnesty International after President Yoweri Museveni’s sixth swearing-in as leader of the east African country.

Museveni was announced winner with 58.6% of the votes in elections held in January, ahead of his leading opponent Robert Kyagulanyi, also known as Bobi Wine, who received 34.8%, according to the Electoral Commission, an outcome he disputed and challenged in court. The election followed a campaign characterized by human rights violations including unlawful killings, arbitrary arrests of opposition leaders and supporters, and attacks on journalists.

“By the government’s own admission, security forces shot dead at least 54 people in just two days in November 2020 in response to widespread protests over the arrest of Robert Kyagulanyi, while he was on the campaign trail. The victims of the government’s response to these protests have yet to receive justice, truth and reparation,” said Deprose Muchena, Amnesty International’s Regional Director for East and Southern Africa.

“Many opposition supporters and leaders arbitrarily arrested during the campaign period still remain behind bars and say they have been tortured in prison. Many others have been detained incommunicado, while some have been charged in military courts – notwithstanding that they are civilians, a situation that flies in the face of international human rights standards to which Uganda is a party. The Ugandan authorities must immediately and unconditionally release anyone detained solely for peacefully exercising their human rights.”

Human rights defenders have also been put under immense pressure in recent months, with some slapped with trumped-up criminal charges. One leading human rights lawyer, Nicholas Opiyo, continues to battle charges of money laundering after he was arbitrarily arrested with four other persons, among them three lawyers, at the peak of the campaign period.

Journalists have not been spared either. Human Rights Network for Journalists (HNRJ) Uganda, an NGO, reported more than 100 cases of human rights violations against journalists during the election campaign, including cases of police violence, especially when they were out covering political candidates.

“The unlawful killings, beatings, abductions, arbitrary detentions and other human right violations by the Ugandan security forces before, during and after the elections must not be swept under the carpet. President Museveni must use his latest term to redirect Uganda towards a human rights-respecting future. To do so will require investigating these and other previous human rights violations, making sure that all those suspected of criminal responsibility are brought to justice in fair trials before ordinary civilian courts, and fairly and adequately compensating the victims and their families for the suffering they have been subjected to,” said Deprose Muchena.

“This is the bare minimum that will set Uganda on the course towards better respecting its international human rights obligations; a minimum that Uganda’s international partners should encourage President Museveni’s new government to meet and exceed.”