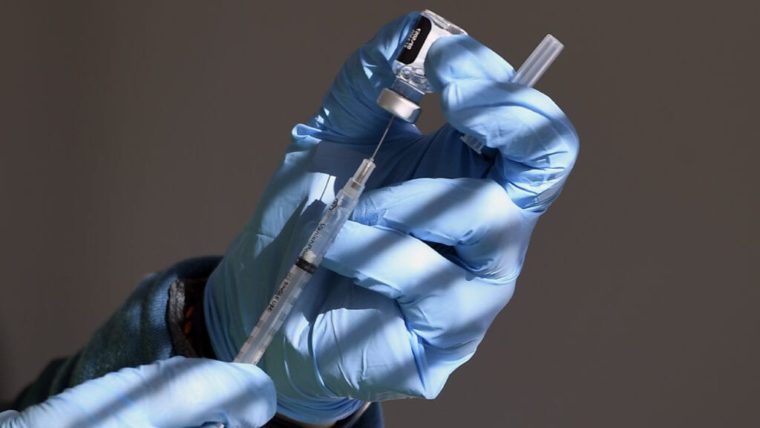 In January 2018, Nobert Pardi et al. wrote a paper in the journal Nature reviewing the use of mRNA vaccines. By the time this paper was in print, several mRNA vaccines had been developed against several diseases such as influenza, zika and rabies. However, due to logistical reasons, these vaccines had not yet made it to market. Three years later the first batch of mRNA vaccines against COVID-19 would land in Kenya.

However, just like any emerging technology, a lot of concern has been raised about the safety and efficacy of these mRNA vaccines. To address these, one has to understand how mRNA vaccines work.

Traditional vaccines involve introducing weakened or killed pathogens to recipients. This elicits an immune reaction that prepares the body to fight off the pathogen when it attacks in the future.

mRNA vaccines work in a different way. Instead of using the entire weakened pathogen, a portion of the pathogen’s mRNA is used. mRNA (messenger-RNA) is a natural biochemical that interacts with elements in the cytoplasm called ribosomes to make proteins. Coincidentally, some viruses have RNA as their genetic material and SARS-Cov-2, the virus responsible for COVID-19, is one such virus.

During the development of the COVID-19 vaccines, the mRNA responsible for building spike proteins found on the surface of the virus is coated in lipid nanoparticles. When these are injected into a recipient, immune cells called dendritic cells take them up. Upon this uptake, the mRNA attaches to ribosomes and synthesize the same spike proteins.

When an immunized person is re-infected with COVID-19, the memory T-cells and B-cells rapidly expedite production of antibodies against the spike proteins and the virus is killed as soon as it enters the body ensuring that the immunized never get sick of the disease.

The main problem people have with the COVID-19 vaccine is the unjustified belief that somehow the vaccine interacts with human DNA.

As I have explained above, the vaccine works within the cytoplasm, which is the matrix that is outside of the nucleus, where DNA is located. For the vaccine to penetrate into the nucleus, it requires specific proteins that give it access to the nucleus. These proteins are absent.

But for argument’s sake, let us assume that they are present, once the vaccine is inside the nucleus, it needs other biochemicals called primers for it to interact with human DNA. These primers are also absent. More importantly, once the mRNA in the dendritic cells has produced the spike proteins, the mRNA is destroyed. This reduces the probability of cytotoxicity and virtually eliminates any risk of DNA mutagenesis (change in the DNA).

The second concern presented with regard to safety calls into question the rapid nature by which the vaccines were developed. This I think is a genuine concern. But the trouble with this concern is that it hinges on the false premise that research on mRNA vaccines began only when COVID-19 emerged. But usually, breakthroughs in science happen silently.

The first mRNA vaccine study was done in 1990. Twenty-two years later, Petsch et al. synthesized an mRNA vaccine against influenza A virus. This means that mRNA vaccines have been under research for over 30 years. Couple this with our understanding of viruses related to SARS-CoV-2 and it is clear we did not start from the dark.

On the question of efficacy, any good enough vaccine should be at least 50% efficacious. This means that it protects half the people who take it. This number is magical because models predict that once 50% of the population is protected from infection, herd immunity kicks in.

However, the vaccines used against COVID-19 have efficacies ranging between 50 and 95%. The AstraZeneca COVAX vaccine that is being used in Kenya has an efficacy of 70 – 80%. Encouragingly, evidence suggests that there is broad spectrum protection against the newly emerging variants of COVID-19 such as B117 from the UK, B1351 from South Africa and P1 from Brazil. With this, we should have confidence in the efficacy of the vaccines.

It must be understood that the taking of the vaccine does not negate the need to adhere to the COVID-19 prevention measures; washing hands, social distancing, and wearing of masks. No vaccine is 100% effective and there is no way for you to know that the vaccination worked on you.

It will work in a vast majority of people but in a few individuals, it won’t. This is why a second booster dose is recommended. Thus, until the Ministry of Health suggests it is okay to kick caution to the wind, vaccinated or not, we should all adhere to the aforementioned preventive measures.

Overly, it is my unbiased, scientific opinion that with the current data, the COVID-19 vaccines are safe to use. And to protect our elderly ones and other persons at risk, let us encourage them to get vaccinated.