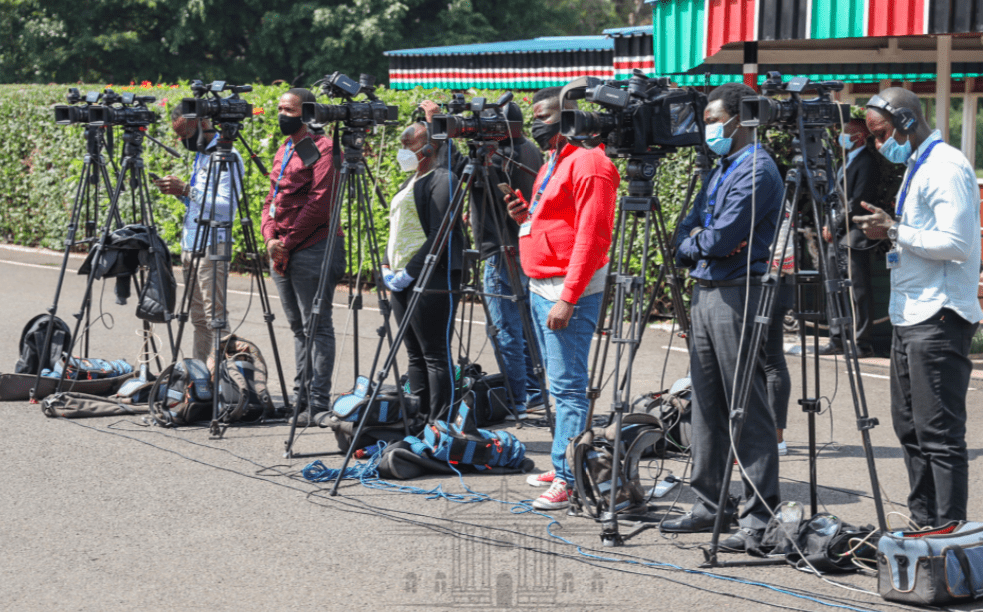 Events in Uganda relating to media and journalists treatment during the campaigns, electioneering and voting for the January 14, 2021 General Election are a cause of concern for the media. It was nearly a replica of what happened in Tanzania, and hopefully the situation in Kenya ahead of the 2022 elections wont reach those levels.

Journalists were threatened, assaulted, trolled, media houses closed down or banned, sources hounded out of studios while in the extreme editorial content was sacrificed on the alter of political advertising.

A number of things that have happened in Uganda and Tanzania, save for the extreme measures of closing down the internet and bizzare attacks on journalists are evident in Kenya and some of the laws and policies are actually present. The unending suspicion about the media that it might cause violence is ever present and very soon and given the history that many of our authorities share from each other, we might just see the same.

Our major savior might be the President is serving his last term and might be deeply involved in the media coverage of his succession, and for that, we might not see that.

Just like what happened in Uganda and Tanzania, ahead of the 2022 General Election, we will have election guidelines produced and accreditation of journalists done ahead of the polls. The difference might be the bodies doing the accreditations are credible and have trust from the media industry, so the process of accreditation is credible and trusted. In Uganda, it was introduced too close to the elections and the bodies doing it seemed not to enjoy trust from the media.

While in Uganda, media monitoring for hate speech and dangerous speech was done by the Media Monitoring Department in the Criminal Investigations police unit, in Kenya always there is a multi-agency team led by public agencies that does such. The Media Council of Kenya runs a very robust media monitoring that helps in stakeholder feedback and training.

Media owners, election candidates and interest groups place a lot pressure on journalists to censor their news by threatening the loss of millions of shillings in political advertising. In some cases, election campaign adverts were so ubiquitous that they significantly reduced independent editorial content on some radio and TV stations.

The Communication Authority of Kenya has guidelines on political advertising while the Electoral laws has provisions on government advertisements during the elections period. While the Uganda Communication Commission and the Tanzania counterpart went overboard to implement controls on political messaging and content to the extend of closing broadcast stations and internet, Kenya while with the same guidelines has not gone to such extreme. Though each country has its unique operating environment and political path obviously not related to the democratic route. There are guidelines on bulky sms in Kenya that contain political content.

The fear and thinking to close the internet, a very misguided intervention, is largely because not only related to sharing of electoral information and data including vote tallies, but because of attack advertisements especially on online platforms. A study by the Association of Media Women in Kenya supported by UNESCO on the influence of fake news on women political candidates in the 2017 general election showed that had adverse effects on the performance of the candidates.

Given the likely attempt to put any candidates that have served in the current government on spot over the promises they made against the delivery, attack adverts and content is likely to dominate our media space. Whether this might have influence on government reactions, and especially when as a retiring person, the President wont have interest will be interesting to watch. In both Uganda and Tanzania, the Government candidates were sitting Presidents. In 2017, the Communication Authority of Kenya tightened its regulations on the dissemination of bulk political messages and social media content. Though this was not misused.

From the lessons learnt, media in Kenya must relook at what has happened to peers in the neighboring countries and what t happened during the 2017 general election and fill in the gaps. Solidarity and professional approach to the elections coverage, including establishing vibrant elections desks, use of veterans to guide and offer commentaries, joint productions and economic use of resources will be vital.

The 52 per cent voter turn out in the Uganda elections, is something worrying, and media must this help in the robust civic education for the citizens, to see the value of voting. Focus on the substance of elections, party and individual manifestos rather than on the game of strategy will be important. Pushed and harassed by the police, media in Uganda largely reported by the crowds and drama around the candidates, which might have played a role in the turn out.

This is not to blame the media, but show the politicians that allow media to do their job of civic engagement and mobilising citizen participation in national issues, instead of harassing the media and the related glorification of violence. The citizenry requires a media that can access a broad range of information and voices to interpret, investigate and analyse issues of public concern. The media, on the other hand, needs a citizenry that is engaged, can hold power to account and demands the best from journalists.

In the Declaration of Principles on Freedom of Expression in Africa, the African Union notes that “the key role of the media and other means of communication is in ensuring full respect for freedom of expression, in promoting the free flow of information and ideas, in assisting people to make informed decisions and in facilitating and strengthening democracy”.

Media must invest in producing professional content that is factual and talks to the realities of the audience rather that reportorial and routine approach to issues that allows lies to be peddled through the media. In addition, the media should invest in serious fact checking that will allow us judge candidates credibility and sincerity on matters they will be campaigning on. Media must assert itself through thorough, professional and sensitive approach to issues.

Media support groups including the Kenya Union of Journalists, and the Kenya Correspondents Association must work towards establishing strong legal funds and advocacy desks that will support media whenever press freedom violations occur, as the look at the Complaints Commission at the Media Council of Kenya to handle complaints professionally and expeditiously while professional teams like the Kenya Editors Guild will be upfront in providing leadership in peer review and feedback to their ilk.

Media space is not complete if the civic space has been reduced or closed up for the civil society, thus close accountability on the part of the media and the Civil Society Reference Group to have the Public Benefits Organizations Act, operationalized is critical. Training of journalists on elections reporting must start in earnest and serious investment in rebuilding the media houses after the effects of COVID-19 that saw depletion of newsrooms.

Even outside the Building Building Bridges and related Referendum issues, the media must stand up be counted: the people who have been part of the system all along and abruptly now seeing everything wrong, the handshake team that whenever things are not going their way they issue all manner of threats to everybody and everyone, the young and restless governors serving their last terms and failed to leave anything serious behind and now want to form tribal parties or want to stand for MPs seats, the unheard senators that have supervised the killing of devolution but now ant to be Governors.

Victor Bwire works at the Media Council of Kenya