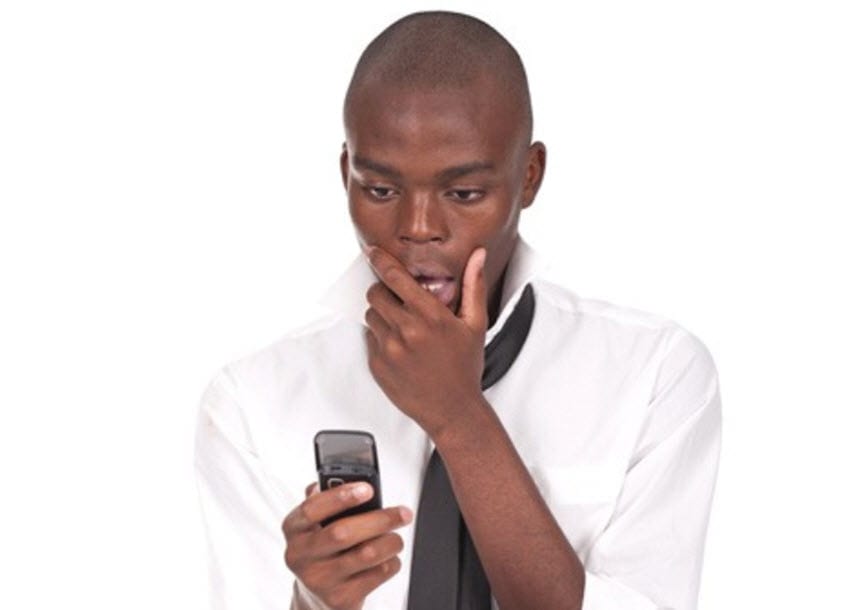 If you haven’t caught on to the trend already, allow me to fill you in. A man by the name of Ocheing Ocholla accidentally posted a raunchy message, which was clearly meant for his romantic interest, on a religious WhatsApp group.

In the spicy message, he details what he would do to his beau between the sheets. Needless to say, members of Embakasi Prayer Cell were gobsmacked.

They say that when it rains, it really pours. And that was the case for the ill-fated Brother Ocholla. If the embarrassment of his prayer group members reading that indelicate message was not enough, thousands of eyes poured over the contents of his accidental text after a screenshot made its’ way to social media.

In a matter of hours, Ocholla’s private bedroom matters became a public topic of discussion. In their usual manner, Kenyans on social media ruthlessly made fun of him. Hundreds of tweets later, the term “Bro Ocholla” was the top Twitter trend.

Not only did tweeters make fun of Ocholla’s gaffe, but brands also jumped on the bandwagon.

If only Bro Ocholla said it with SMS pic.twitter.com/2SVqd3mjtB

While we chuckle at our brother’s unfortunate mistake, let us spare a moment to look at the lesson that we can learn from this incident.

It would be nice to assume that Ocholla’s leaked WhatsApp message is an isolated incident, but sadly it is not. Two years ago, a male tweep found himself in the spotlight when a girl he had been seducing on Twitter decided to publish his direct messages (DMs) to her. The unfortunate fellow, who had stated on his bio that he was in a relationship, became the butt of KOT jokes.

This lack of privacy is not restricted to chats and messaging platforms. There is an array of apps that can secretly record conversations on your phone. Using these discrete applications, many people’s private phone calls have made their way to the public domain.

Even one-on-one meetings have not been spared. Fresh on the mind of Kenyans is the leaked audio from a meeting between a Bidco representative and Twitter bigwig Xtian Dela. In the recording, Xtian Dela is heard negotiating with the Bidco executive on behalf of fellow blogger Cyprian Naykundi. Nyakundi, who has previously been sued for defamation by telecommunications giant Safaricom, was reportedly asking for a Ksh40 million payout in exchange of silence on alleged land grabbing case.

Where does that leave us?

In this digital age, one must be extra vigilant about the content they share online because the internet never forgets. One’s digital footprint cannot be erased, so take a moment to ask yourself whether that hilarious meme will be equally funny 10 years from now.

Additionally, we must also consider how our offline and ‘private’ interactions can make their way to digital platforms. If your phone calls were to be shared online, would you be looking for a quick ticket out of town?

While WhatsApp groups and social media in general can be useful tools of communication, they also blur the lines of ordinary human interaction. Offline, the stratification of acquaintances, friends and confidants is clear. On most social networking platforms, this is not the case.

A Facebook post reaches both friends and ‘random’ online connections in microseconds. What could be a sentimental moment for you and your significant other could end up being fodder for the office rumour mill.

Am I overly paranoid? Perhaps, but you would be wise to remember that our embattled Brother Ocholla was not ‘snitched’ by the devil-but by a member of his prayer group.