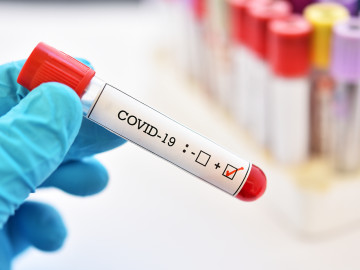 The Ministry of Health on Wednesday announced that 76 people tested positive for COVID-19 from a sample size of 4,853 tested in the last 24 hours, marking a positivity rate of 1.6%.

In a statement issued on Wednesday, the ministry said the total confirmed positive cases now stand at 255,164 while cumulative tests so far conducted are 2,839,918.

From the cases, 66 are Kenyans while 10 are foreigners; 46 are males and 30 are females, while the youngest is one year old and the oldest is 88 years.

The ministry said 32 patients recovered from the disease, with 23 from the Home-Based Isolation and Care program while 9 were discharged from various health facilities countrywide. Total recoveries stand at 248,350.

No death was reported and thus the cumulative fatalities still stand at 5,335.

“A total of 179 patients are currently admitted in various health facilities countrywide, while 810 are under the Home-Based Isolation and Care program,” read the statement by Health Cabinet Secretary Mutahi Kagwe.

“Seven patients are in the Intensive Care Unit (ICU), six of whom are on ventilatory support and one on supplemental oxygen. No patient is under observation.”

The CS added: “Another 50 patients are separately on supplemental oxygen with all of them in the general wards. No patient is in the High Dependency Unit (HDU).”

The proportion of adults fully vaccinated was 10.1%.