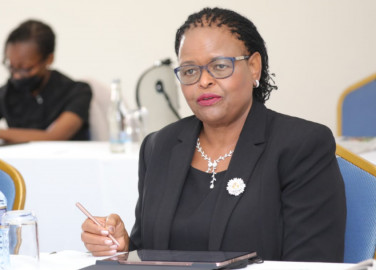 The Judiciary is well prepared for the 2022 general elections, Chief Justice Martha Koome has said.

Speaking at the 4th annual convention of the Kenya Editors' Guild, the CJ noted that they have since put in place the Judiciary Committee on Elections with judicial staff set to be trained on handling election disputes.

"We are also engaging other stakeholders including other arms of government and agencies on the need for adequate funding and provision of other facilitative infrastructure and services like security that will ensure optimal conditions for timely and just determination of electoral disputes," Koome noted.

The Chief Justice called on the media to embrace a more activist role by remaining vigilant and paying attention to its public role of scrutinizing those in public office.

"Embracing this role will mean that the media will speak with its own voice and not merely echo the voice of the political actors," she said.

CJ Koome reiterated the need for editorial and journalistic independence, neutrality in reporting, analysis and commentary.

"It is when you adopt the ‘activist role’ that I have talked about that the Kenyan media will fulfill the media’s historic role as the ‘fourth estate’ which is to be a force for the promotion of democratic governance," added the CJ.