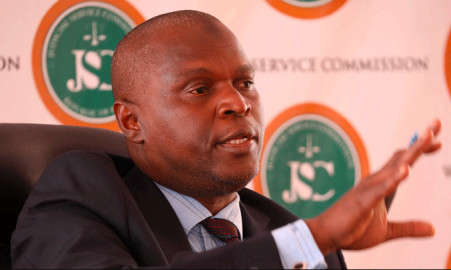 Chitembwe now wants the court to issue orders quashing all the decisions made on the 23rd of last month that resulted in a hearing of the four petitions this month.

Justice Chitembwe argues that the video and audio recordings by former Nairobi Governor Mike Mbuvi Sonko on his Facebook and Twitter accounts and other social media platforms were done without his knowledge or consent.

He further adds that the dates of the recordings are not verifiable.

The Judge is also challenging the said recorded video conversation between Amana Saidi Jirani and an unidentified person on an unknown date.

The four petitions are fixed for oral hearing on the 14th of this month.

Chitembwe says that the Judicial Service Commission has not formulated any procedural regulations for the determination of removal of a judge from office.

“As a result of this there is no uniform format for conducting of proceedings which is against the rules of the natural Justice,“ claims Chitembwe.

Chitembwe expresses his dissatisfaction with the manner in which the JSC has handled the three petitions and that his rights to a fair hearing will be prejudiced.

”The petitioner is genuinely apprehensive that the JSC reliance on purported audio and video recordings obtained by the 1st respondents in contravention of the constitution will greatly prejudice the petitioner's rights to fair administrative action from the JSC,” says Chitembwe.

Similarly, he says that he has been given a short period of 19 days to prepare for the hearing of the petitions, adding that the JSC has not forwarded to him any witness statements or list of documents to be relied upon.