Iran agrees to resume nuclear talks before the end of November 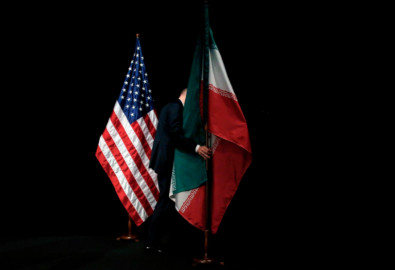 Iran has agreed to resume crucial nuclear talks "before the end of November," the country's chief nuclear negotiator Ali Bagheri Kani said in a tweet on Wednesday.

Bagheri Kani was meeting Enrique Mora, the EU's External Action Service Deputy Head, in Brussels on Wednesday, to discuss the resumption of talks that were suspended in June after six rounds.

Iran had been holding the talks in Vienna with China, Germany, France, Russia, the United Kingdom and indirectly the United States.

The negotiations aim to resurrect the nuclear deal, known officially as the Joint Comprehensive Plan of Action or JCPOA, under which Iran agreed to limit its nuclear program in exchange for the lifting of economic sanctions.

Iran stopped complying with the deal after former US President Donald Trump pulled out of the agreement in 2018 and imposed a maximum pressure campaign on Iran with stiff new sanctions.

Under the Biden administration, the US has continuously called for Iran's return to the talks. However, Washington said last month that it was working on contingency plans if Iran continues to make nuclear advances and fails to return to negotiations.

US Secretary of State Antony Blinken warned earlier this month that the window for diplomacy with Tehran was closing. "I'm not going to put a specific date on it, but with every passing day and Iran's refusal to engage in good faith, the runway gets shortened," Blinken said.

During a speech before the United Nations General Assembly in September, Iranian President Ebrahim Raisi insisted that Iran is not pursuing nuclear weapons, that the US is at fault for leaving the nuclear deal, and emphasized that the US has to meet its obligations under the deal first, by lifting sanctions.