Corruption still a problem that needs to be addressed, Speaker Muturi says 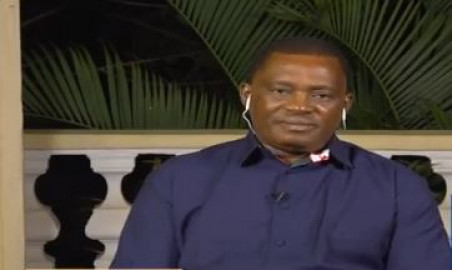 National Assembly Speaker Justin Muturi has advised politicians to keep their constitutional mandate and personal businesses separate in order to carry out their duties effectively while in office.

According to Muturi, some politicians mix up their roles by wanting to serve the people of Kenya and also provide services to the government. These blurred lines, Muturi says, foster corruption in the government.

“There is a contradiction there and that is where the problem is we must begin to address this thing seriously and that is the root cause of this endemic corruption that you see in this country.”

Muturi, who has announced plans to vie for the presidency at next year’s general elections,  also underscored that graft continues to affect the country’s agenda and that, such addressing it should be the priority of the next government that will lead Kenya.

“We need a serious national conversation where everybody states their case.  We have been trying to implement universal health coverage but when we look at it, health is a devolved function but most decisions are taken on a national level,” the speaker said.

“The same applies for agriculture. There is a time when we are honest to ourselves and maybe there is time we fail to do. Let us allow them to criticize and point out the evil in government.”

According to Muturi, some aspects of President Uhuru Kenyatta’s Big Agenda have not been successfully realized because of graft and if not addressed the vice will be carried on to the next government.

“Year in year out as you know, the auditor general reports to parliament and in all these reports you see waste, I have shared the public investments committee for five years in the past,” he said.

The speaker also insisted that more action needs to be taken against perpetrators of graft in order to dispel it from the country and discourage government officials from tolerating the vice.

“I see those reports in parastatals in government ministries but do we see any heads rolling. We don’t see that happen so we must begin asking ourselves why is it that no action is being taken. We must begin with ourselves.”