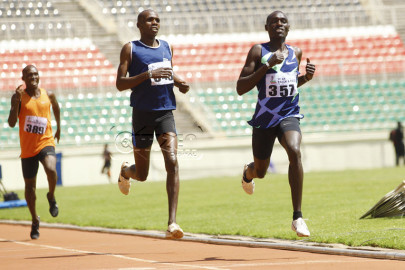 After a splendid season that saw him finish fourth at the Tokyo Olympics, Abel Kipsang is eyeing more success next year.

Kipsang, who was making his Olympic debut, smashed the 1,500m Olympic record which had stood for two decades when he clocked 3:31.64 at the semi finals.

The record would however be short-lived as it was bettered by Norwegian Jakob Ingebrigtsen who notched 3:28.32 en route to winning a gold medal.

It was at the finals that Kipsang also notched a new personal best of three minutes, 29.56 seconds.

"It was my target to win gold. However I am happy with my performance since it was my first appearance at the Olympics," Kipsang reflected.

With the new season drawing closer, Kipsang revealed that he has already stepped up his preparations ahead of the action-packed season.

"Yes, I am now fully in training. I was position six in the 10km at the Cross Country which has been key for my pre-season. So far I can say my body is responding very well though I am yet to work on my speed," he said.

With a series of major events lined up for next year including the World Championships and Commonwealth Games, Kipsang has already set his targets.

“I hope I will do much better than what I was able to achieve this year. My plan is to win a gold medal next year,” said Kipsang who trains in Kapcherop, Elgeyo Marakwet County.