'I was dismissed for speaking my mind,' Nominated Senator Isaac Mwaura speaks on Jubilee ouster 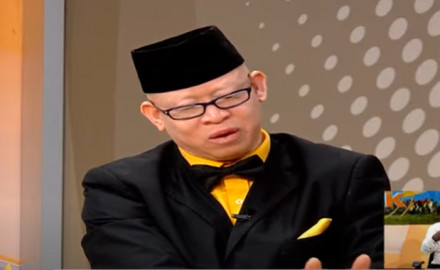 Nominated Senator Isaac Mwaura now says that his expulsion from the Jubilee party roster came as a result of discrimination and standing his ground as a leader.

Speaking on Citizen TV’s Day Break show on Friday, the Senator who represents people with disabilities pointed accusing fingers at the Jubilee Party for ousting him after he lawfully expressed himself.

“I was singled out for speaking my mind because when you are nominated you are supposed to be subservient, apologetic and reconciled to gratitude simply because you should not be on equal standing with others," he stated.

"These are the little issues we have to face in terms of indirect and systemic discrimination over and above the direction that everybody can single out."

Mwaura argued that as a country, disabled people are looked down upon and are not given a free space where they can express themselves openly, adding that in governments they are expected to bow to the laid out laws without questioning.

"We still have a long way to go, people do not think that when you are strongly opinionated and you have a divergent view you cannot stand your ground and it actually typifies the characteristics of a person with disabilities as; a person who is meek, somebody who is quiet, who is just there to be seen and not to be heard," he explained.

The legislator sternly advocated for respect of persons with disabilities noting that it is their human right to be accorded equal representation in a country's leadership as they are capable in their own capacity.

"We must break that kind of ceiling and tell people that that yes we are just like you; we may be different in terms of our anatomy physiology or morphology but at the end of the day we are human beings," Mwaura said.

While using himself as an example, Mwaura stressed lack of enough representation in the National Assembly and Senate as barring some of the 'most qualified' disabled people who if given a chance would impact majorly on the development process

"In the Senate, I am the one with the highest number of bills; five that are published and four that are being processed, nine of them," he noted.

He further commended Reuben Kigame for standing out and declaring his presidential bid saying that the move serves to encourage people with disabilities to rise to occasion fight for their position as Kenyans.

“I am happy that for the first time in the history of Kenya, we have a presidential candidate, Reuben Kigame, who is visually impaired,” he said.

"It is not about succeeding but making a statement that we have the capacity to run for the highest office in the land and participate on an equal basis with others."

Senator Mwaura alongside six others were expelled by the Jubilee party early this year in February on grounds of disciplinary violations.

“The NMC in exercising its mandate provided or under article 7 (2a) of the party’s constitution and relying on other enabling provisions of the party law has expelled the following senators,” the statement read.