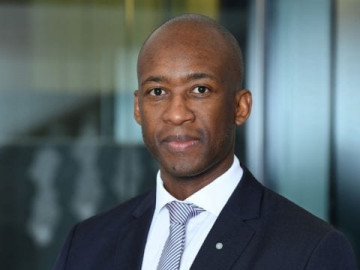 His posting at the a South African-based financial services group will take effect on April 1, 2022, a day after his departure from the Kenyan-based regional underwriter.

Madzinga will technically be returning ‘home’ having primarily worked in South Africa in various leadership roles including nearly two decades at the Old Mutual Group.

Britam had tapped the actuary from Swiss Re where he had been serving as CEO for the UK and Ireland.

Last week, Britam announced Madzinga’s exit from the Group just nine months after his appointment on February 1 when he replaced the long-serving Benson Wairegi.

The underwriter did not give reasons for the hasty transition but credited the CEO for pulling the company back to profitability and overseeing the restructure of its executive slots.

At the same time, Britam has made key executive appointments as it gears up for the impending transition.

The appointments include the naming of Charles Njuguna as the new Group Deputy Managing Director and Catherine Karita who was named new Customer Experience Director.