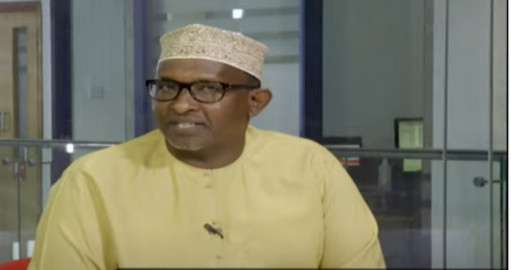 Garissa Township Member of Parliament Aden Duale has responded to President Uhuru Kenyatta’s assertions which seemed to describe the party as a sprinter in a race doomed to fail.

“I want to assure the president that with the energy we have and the capacity we have, we will finish this race sprinting. We are not ready for the marathon. He'd better tell the Prime Minister that these guys will sprint until August 8th, 2022,” Duale stated.

Duale went ahead and compared DP Ruto and his rival Odinga stating that Uhuru meant to plead with the Ruto’s led UDA team to ‘slow down for Baba to catch up.’

“He is trying to tell us, you guys are too fast, you guys will kill this mzee. This Mzee can’t run at your pace,” stated Duale.

“The President is pleading; if Baba is trying to run at the pace you are running, he is the one who will lose pumzi,” he added.

The legislature reaffirmed Uhuru’s message as a direct endorsement to the former premier saying; ”The President is describing, I think, the UDA and the Deputy President’s brigade as those sprinting and Baba and his team are those in the marathon.”

”All indications are clear that the president’s choice is not William Ruto,” the MP noted.

The lawmaker similarly faulted the Head of State for invoking parables in his speech rather than simply calling a spade a spade by endorsing Odinga.

“The President doesn’t need to use parables to endorse Raila Odinga. He should just say that my candidate for the 2022 elections is my elder brother Baba,” he said.

Even though Duale agreed that Kenyatta is acting within his constitutional right by having a preferred successor, he resented his choice saying that he would have instead chosen a member of the Jubilee party even if is not DP Ruto.

He further condemned misfortunes and troubles directed towards his party leader.

While reassuring Kenyans of UDA’s victory come 2022, Duale went forth to outline the campaign strategy of the UDA party which he said would take the country by storm in the days to come.

“We will do a campaign that has never been seen in the country. Because we want to win the elections by minimum 2 million votes so that it happens like in 2002 where the runners up just go to Serena to congratulate us,” Duale stated.

On Tuesday during his address in Nakuru County, President Uhuru indirectly hinted Odinga's leadership as best suited for the nation