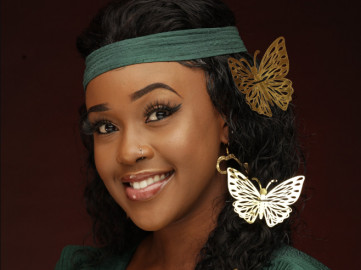 Azziad has since penned down a message of appreciation and gratitude to her fan base and online family on social media for having her back despite not merging victor.

“Thank you to all my supporters, my online family. I am truly honored and humbled to have received overwhelming support to emerge Runner Up for the African Social Star 2021, E!” She wrote.

Between October 27 and November 17, 2021, E! asked fans worldwide to vote in 40 categories across TV, music, movies and pop culture.

For the third time in the ceremony's history, the People's Choice Awards opened a category dedicated to Africa's incredible social media stars and influencers.

Azziad, an on-air personality, had a strong showing, as she was the only Kenyan and East African to be nominated as African Social Star 2021.

The People's Choice Awards will be held for the 47th time on December 7, 2021, at the Barker Hangar in Santa Monica, California.

In 2020, Comedian Elsa Majimbo was crowned as the African Social Star of the year at the E! People’s Choice Awards - an American awards show that recognizes people in entertainment as voted online by the public and fans since 1975.