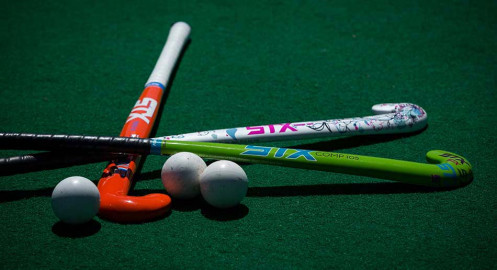 Tairat Hockey Club from Egypt were on Tuesday evening crowned the men’s champions of the Africa Cup for Club Champions while Ghana Revenue Authority(GRA) beat Delta Queens of Nigeria 3-0 to bag the women’s honours as the curtains came down on the event held in Ghanaian capital Accra.

Tairat defeated the 1988 runners-up Zamalek 7-2 in a late evening contest staged match at the Theodisia Okoh Hockey Stadium – in what was an Egyptian affair.

For Tarirat they will take pride in bagging the title in style winning all their group stage matches to top Pool B. They beat Eastern Company of Nigeria 3-2 on Monday in men's second semi-final to advance in finals.

At the same time Kada Stars of Nigerian settled for bronze after beating Eastern Company 2-1, also of Egypt in a third place play off.

In a Ghanaian derby for a fifth and sixth place playoff, 2018 runners-up GRA were defeated 4-2 in a post-match shoot out following a 3-3 draw against Ghana Army.

Meanwhile Kenya's lone representative Wazalendo were eliminated in the competition at the preliminaries after losing all their group matches.

Effah Barnie Linda, Coffie Ernestina and Antwi Doris were on target as GRA beat Delta Queens 3-0 to cart away the women’s top prize while Ghana Prisons defeated Plateau Queens(NGR) 3-2 in a post-match following a1-1 draw in normal time to bag bronze medal.

All the fixtures were played at Theodisia Okoh Hockey Stadium in Accra.

The week-long run tournament was initially set for Malawi but was changed to Ghana owing to a number of factors.