MEMO: Of politicians and lies, should we normalise it? 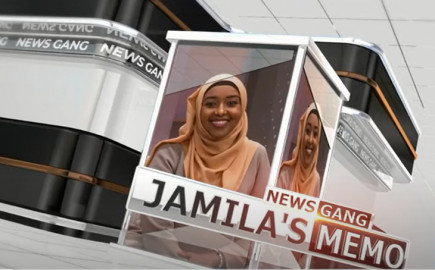 It’s that season again, the season for politics and politicians. Okay, it is always their season in this country, I mean we start campaigns for the next elections as soon as the current one ends. But it’s the intensity of the campaigns we are witnessing now that signals that the elections are at least closer than 5 years.

To be precise we have 8 months or so to the polls…and yes, the IEBC has yet to declare the start of the official campaign period. But as they say, politicians have hit the ground running. I wonder how the campaigns will be like after the IEBC whistle is blown, considering that we have campaign meetings everyday, actually several campaigns per candidate per day.

The timing of the campaigns is not my focus, but I am concerned about what politicians say at these meetings usually attended by thousands of Kenyans. We are told politicians always lie. They speak from both sides of their mouths, take what they say with a lot of salt. But why should it be so? Should we normalise the inaccuracies, half truths and unrealistic promises?

Our politicians will say one thing today and the next day completely deny that they said it, or modify their utterances, or say something different; I guess hoping that we, the electorate will not notice or that our memories are indeed so short. And that even if we remember, tutado? Nothing, so they will keep saying what they want, hoping that we will keep ignoring it and that their words will sway our votes in their favour.

Fellow Kenyans, it should not be so. As they say, politicians hawafai kutubeba ufala na tunakubali tu. Remember when we elect them we are giving them responsibility to govern on our behalf, we are giving them access to public coffers, we are allowing them to pass laws on our behalf. Therefore, we should be very deliberate  and careful on who we give these opportunities to.

I heard that a man’s word is his bond. A woman applies too here, because we have female politicians. And for all of them, what they say should mean something, should be a bond, a promise…ni ahadi. We should choose leaders whose word we can value and cherish because they never utter them in vain.

So when they say things we are all together in this, they mean that kweli tuko pamoja…Sio tuko pamoja lakini uko pekee yako. Your word should mean something, even the Holy Books speak widely on the responsibilities leaders carry on their shoulders. So if you want to carry those responsibilities, well and good, because we all cannot govern, and so we choose people to do it for us. So be a good leader, a truthful one, if you can’t, don’t run for office.

And that is my memo!